If you haven’t seen the new Old Spice campaign yet, say hello to Mr Wolfdog. Character-led ad campaigns have been around since the Marlboro Man (although both actors who played him reportedly went on to die of lung cancer, so not the greatest brand endorsement), but character-led marketing campaigns have begun to proliferate since the advent of multi-channel, blended advertising / marketing campaigns.

Characters have got a voice and a personality beyond the TV ad and, as the Old Spice Guy of the past few years’ showed, it can lead to massive engagement levels (and sales / market share in the US!)

The Old Spice Wolfdog website is amazing (almost as good as discovering that the official Space Jam website hasn’t changed since 1996, allegedly), but it’s the social follow-up that makes the character a success. His LinkedIn profile is a ‘bit funny’, but his Twitter and Facebook feeds are what brings him/it(?) to life. And having your marketing-director-who-is-also-a-wolf throw down a gaming gauntlet by challenging your core demographic to Call Of Duty Black Ops is a master stroke:

Here’s an idea. I get on xboxlive and use a marketing machine gun. Oh, I’m doing that right now. #blackops2 Gamertag: Mr Wolfdog

Is Old Spice taking advertising inspiration from the era when it had none itself? We’re all clamouring to reawaken our childhood with retro sweets and 80s-themed everything, but do you remember when the Green Cross Code guy starting talking to us on the telly and THEN AT SCHOOL? He was multi-channel before his time. He was also Darth Vader. And then they remixed the campaign with a Green Cross Code rap, you’re welcome.

But seriously, here’s a video that, if you’re a child of the 70s or 80s, will give you enough ‘oh my God do you remember that!’ moments for another 10 years of pub conversations: We didn’t own an Ipad: 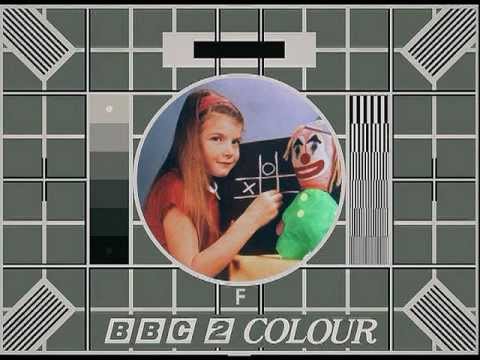 Here’s a sarcastic look at a sexist tablet: http://arstechnica.com/gadgets/2013/03/finally-a-tablet-simple-enough-for-a-woman-to-use-sarcasm/ Interesting, potentially controversial question is, if you ticked a box that simply said ‘Male’ when ordering your Nexus or iPad, and it came pre-loaded with sports, driving games, pub quiz, and a stereotype-yourself  app(!), how man blog posts would there be saying that that was brilliant?

No-one should be so blind as to assume women are only interested in well-being and children, but is it not a decent starter-pack to offer, as a choice? Like your TV packages through Sky or BT?

Allow the customer to categorise themselves though, we’re doing it everywhere else through our Likes and opt-ins.

4. How to sell stuff online

Part of the Internet Retailing expo next week is the ‘Online Merchandising & Selling’ conference. I love how frank that is. No buzzwords, it’s one shy of ‘how to sell stuff online’. Bringing offline online.

Couple that with an interesting survey into the changing face of in-store advertising and how digital POS advertising is going to see ROI being tied to ‘offline’ advertising more readily, there’s a lot of interesting fodder to fuel the discussion around the future of retail.

Keep an eye on how online influences offline and vice versa.

Pinterest has been around for a while now, and with Facebook’s news timeline changes focusing on images and the visual, it’s time to start looking at your visual content strategy.

I did some highly scientific research* via twitter recently that determined that Pinterest users are almost exclusively women apart from the odd(!) bloke. That wasn’t the whole picture, there are a few odd blokes on there, but whatever the stats on Pinterest growth, businesses should be at least exploring it, at most refining your already well-established content strategy to incorporate multi-format content that can be read / viewed, shared, and pinned.