1. Total Eclipse of the…

… Stop It. Yep, mainland America got treated to their first total eclipse in almost 40 years last Monday. There was quite the buzz on the lead up, and plenty of guidance about the best way to view it, with www.eclipse2017.org offering links to purchase safety glasses, tips for viewing with pinhole projection, and a detailed explanation of the Path of Totality. What could go wrong?

Well, people only went and looked right at it, didn’t they?

Other than instant meme-ery, other cool stuff that happened on eclipse day included Bonnie Tyler singing that song on a cruise ship and Ozzy Osbourne barking at the moon at Moonstock festival in Illinois.

I remember seeing a partial eclipse (admittedly it was rather overcast) when I was about 13 and thought it was very cool, so I kind of understand the yanks getting over-excited and risking eye damage to catch a glimpse of something so rare and so breath taking:

What an epic shot of the #SolarEclipse2017

Got another one for ya – photo by Reddit user: u/cursetenj

The hashtag is 10 years old. Born out of a need to get rid of annoying South by Southwest tweets from people’s timelines, the humble pound key (or Octothorpe) has become instrumental in our online language by unifying communications, grouping conversations, and labelling nonsensical drivel.

how do you feel about using # (pound) for groups. As in #barcamp [msg]?

The hashtag, as useful – even heartwarming – as it can be, has also been a great source of entertainment… but not always for the right reasons:

Thanks for pointing our #YourMum has an alternative meaning you guys! Now back to the books…

Thanks for all the genuine and funny #waitrosereasons tweets.We always like to hear what you think and enjoyed reading most of them.

And an old favourite…

Back in early 2016, Matt Hosseinzadeh (aka Matt Hoss), a YouTuber combining “the two lost arts of parkour and pickup”, filed a copyright infringement lawsuit against Ethan and Hila Klein of H3H3 Productions after they published a reaction video based on one of Hoss’ videos.

I won’t go into the nitty-gritty, you can check H3H3’s take on it here, but after Hoss got offended for being mocked by the duo, the legalities came down to whether or not H3H3’s use of clips of Matt Hoss’ video can be classed as “fair use”… and it seems it can. 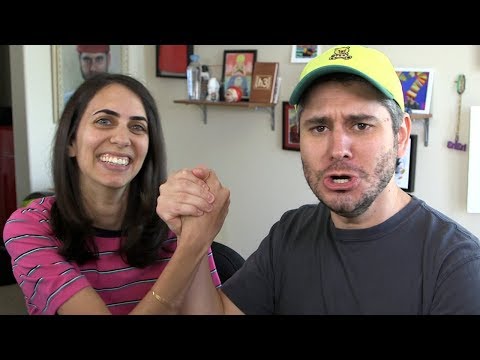 Needless to say, Ethan and Hila are pumped, but the judge did add that “… the Court is not ruling here that all ‘reaction videos’ constitute fair use”, which I guess could mean we could expect similar lawsuits in the future.

In a world where AI and bots are more and more accepted, it still seems a little strange to be reporting that a humanoid robot, called Pepper, will be helping out by reading Buddhist scripture while tapping a drum at Buddhist temples.

Unveiled at one of Japan’s funeral industry fairs, the robot priest is like an advanced BlessU-2, and was created to deliver funerals more cheaply than a human priest, although it’s not been hired yet.

Elon Musk has posted the official first photo of the SpaceX space suit on Instagram:

As Musk’s caption suggests, it was a struggle to create the perfect look without compromising on safety, but I think he’s successfully catered for the “when you have space travel at 8, but fencing at 9”crowd.