1. Brightening up your emails

It’s the end of February, and if you’re anything like me, you’re just a teeny weeny bit depressed: it’s cold, it’s dark, we’re all a bit broke, and the best that the month could muster up in terms of excitement was the Brits and Storm Doris!

However, if you are worried about conveying your abject misery to your friends and colleagues via email then don’t panic – developers have created the perfect tool to help. It’s called the Emotional-labor.email tool and it’s been designed to add enthusiasm into even the most morose of messages.

Beware, it gets a bit carried away with calling everyone ‘lovely’ e.g. ‘Hi lovely’, so it’s possibly not one to use with the boss, and if you’re not a fan of the overuse of exclamation marks, you might struggle with it.

Since meeting my Cambrophile husband twenty years ago, our annual pilgrimage to Pembrokeshire has been something of a constant in my life. From feeling slightly miffed that I could have been sunning myself on a beach in the Mediterranean but instead facing brisk winds and chilly seas, the place has found itself a place in my soul, so I am quite excited to share the next My5 entry with you.

Natural Resources Wales has teamed up with Google to give people a 360-degree tour of some of the most iconic walks in Wales – allowing visitors to virtually walk routes and plan trips.

Apparently, it took a team of more than 60 staff who walked more than 40 routes carrying equipment that weighed 25kg, and head equipment that contained 15 cameras, but I think the results are stunning.

As with all tech, no amount of testing in the lab can account for the everyday use of a product and that appears to be the case with Amazon’s Echo – the hands-free speaker unit that users control with their voice.

The device is supposed to be activated by starting a command with the word Amazon or Alexa (its digital personal assistant) but the reality is that the device is always on waiting for a command and sometimes misinterpreting general speech as a cue for action.

Lawyers in the US are trying to gain access to the recording made by one such device in a murder trial from 2015 where a man was found dead in a hot tub. It has since materialised that the Echo was streaming music around the patio area and therefore if it was accidently activated by someone’s speech, it might be storing vital clues to solving the case.

In less gruesome misuse of the Echo, on-air comments from a television presenter may have unwittingly activated the device across many homes in San Diego. The reporter was discussing the fact that a family were not aware that voice-buying technology was enabled by default and that their daughter accidentally ordered a doll’s house and some cookies. Quite sweet really in itself, but then the TV report containing the words ‘Alexa ordered me a dollhouse’ prompted the device to ‘wake-up’ in many other homes and tried to order more of the same toy.

Google, owners of YouTube, has declared that the days of the 30 second, unskippable ad on its video channel are numbered. Thank the Lord!  There was nothing more annoying than trying to view content and having to wait seconds (that felt like a lifetime) before getting to the content you actually wanted to see.

From a marketing point of view, this will probably strengthen the appeal of the channel to brands who do digital marketing properly. Companies will no longer be able to simply stream their television campaigns but they will have to really give some thought into how they can make an impact within a shorter six-second format.

Ever tried to get some work done at home and found that a small person or pet does everything in their power to get your attention and prevent you from completing said task?

Here’s a super cute video to brighten up the last few days of February: a Panda that just seems to want a leg cuddle but the keeper has a job to do… 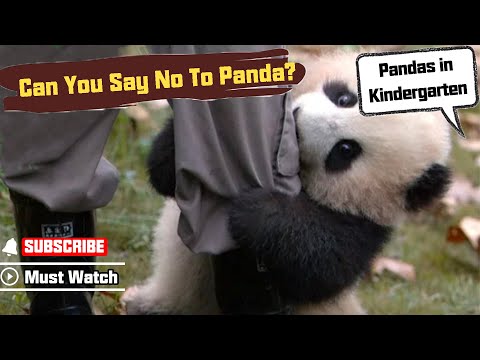 The iPanda channel has been set up by Chengdu Research Base of Giant Panda Breeding in Sichuan, China to promote awareness of the endangered species.