Move over “The Forever 27 Club”, we’ve a new contender in the celebrity killing -stakes: 2016.

Yes, 2016 has been dubbed one of the worst years for celebrity deaths, with such heroes as Bowie, Rickman, Wogan, and Wilder all biting the big one, and then Rick Parfitt, George Michael, and Carrie Fisher (and her ma a day later!) rushing to make the pearly gates before the year’s out too. Most of us are hoping for a less dead 2017, but with many celebrities of the 60’s hitting their Autumn years, I’m not sure we should be so optimistic!

Don’t worry though, there’s a reasonable explanation for all this:

Seems fitting that a tribute to this year’s dead celebrities is followed by another… although it turned out to be a hoax.

On Thursday night, the fake news account @BBCNewsUKI (now suspended) announced Lizzy’s death. There’d been reports of her suffering a nasty cold that kept her away from Sandringham’s Christmas church service, and, with it being just so 2016, a lot of people fell for the spoof report. There were also rumblings of a #mediablackout when no other reports could be found confirming that Queen Elizabeth II had actually died… rather than just assuming she was alive.

3. What a couple of Swede-hearts!

Jimmy Fraser, a homeless chap from Edinburgh, shared the story of his magical Christmas after helping Annis and Emma, two Swedish tourists, who asked for directions.

After swapping pleasantries and phone numbers, Annis returned home and not only got Jimmy a passport, but also paid for him to fly to Sagmyra so he could spend Christmas with her and her family. Jimmy described it as “a beautiful experience” saying that “the family was tremendous.”

How’s that for spreading the love this Christmas?

Almost no introduction needed, but king of the mashups, Casetteboy, has once again provided a humorous review of what was arguably the year’s biggest news story: the EU referendum: 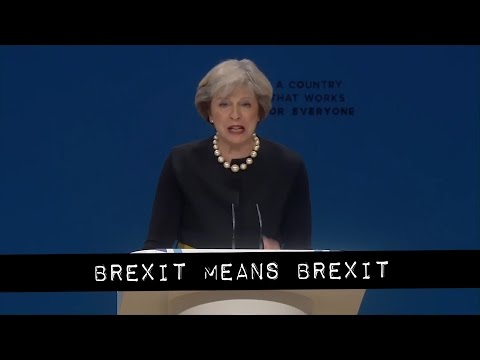 Whether you’re celebrating the year’s end or just happy to see the back of it, you’ll have to wait a teensy bit longer this year, ‘cause it seems 2016 just won’t quit. This year, we’ve got an extra second of celebrations in the form of a leap second.

Peter Whibberley, Senior Research Scientist with the U.K.’s National Physical Laboratory, owner of an outstanding surname, and all over time lord, explains:

“Atomic clocks are more than a million times better at keeping time than the rotation of the Earth, which fluctuates unpredictably. Leap seconds are needed to prevent civil time drifting away from Earth time. Although the drift is small – taking around a thousand years to accumulate a one-hour difference – if not corrected, it would eventually result in clocks showing midday before sunrise.”

Leap seconds are applied typically every two or three years, with the last one actually being in June last year, so it’s no biggie. For those of you celebrating, it only makes the party longer, right?!

Happy New Year from all of us at Browser Media!