A western lowland gorilla named Harambe was shot dead at Cincinnati Zoo after a three year old boy climbed through a barrier and fell 12ft into the Gorilla World exhibit.

Various snippets of the young boy’s ten minute encounter with Harambe have surfaced online, dividing the world in two. Some claim the gorilla displayed violent and aggressive behaviour toward the child. However, many believe Harambe was naturally protecting the young boy in the same way it would protect its own offspring.

The controversial series of events also lead to a storm of people questioning the boy’s mother’s parenting capabilities, with many signing petitions against her.

Britain has unveiled a new £5 note, set to be issued in September this year. The new currency will be printed on thick polymer plastic, making it almost impossible to tear, and so durable that it will survive a high-spin cycle in a washing machine. I guess you could call that money laundry-ing.

The Bank of England’s Chief Cashier, Victoria Cleland, has been quoted as saying she does not “encourage” people to put this to the test, saying it is simply a “fortunate by-product”.

The notes will also repel dirt and moisture, to which many have responded by saying “you could pour a glass of red wine over it and then wipe it clean”… that’s something I absolutely will not be wasting my wine on doing!

Waitrose is being mocked hard thanks to adding tasting notes to its stocks of Special Brew (the super strength lager with a badass reputation).

Of course, Twitter was super quick to respond with an alternative description:

@mewo2 @caitlinmoran I wish it said this. pic.twitter.com/j1b8tFqrB7

… and some serving suggestions too:

@mewo2 pair with a cold half-eaten fish supper that has “rested” in a bin for one hour.

The Unicode Consortium (emoji police) have approved 72 new emojis to be released later this month. These will include some much needed facial expressions including a shrug and a facepalm; emoji foodporn like crispy bacon and the long awaited avocado; and some super cute animals including a fox, duck, and owl. The full list can be found here.

Candace Payne has been offered full tuition scholarships for free at Southeastern University, Florida, for herself and her entire family, due to inspiring the college’s president with “joy”.

If you don’t know who Candace Payne is, you may know her better as ‘Chewbacca Mom’. 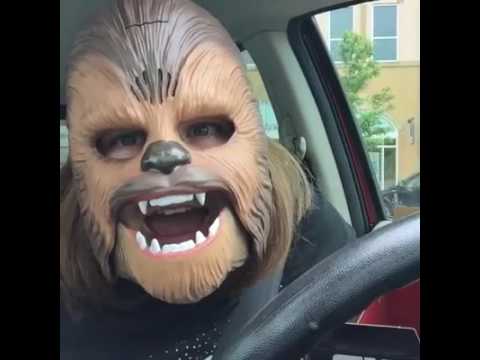