It’s a bit of a British ritual – even if you never purchase a Radio Times or TV Times in a regular week, at Christmas somehow we all feel compelled to buy a copy. And if you’re like my Dad, in anticipation, you circle the programmes you like the sound of. Or do you?

New research from Ofcom shows that UK adults are more likely than viewers in the US, France, Germany, Italy, Japan, Australia, Spain or Sweden to watch on demand TV this Christmas. The survey shows that 70% of UK adults (31 million), watched TV via free catch-up services such as BBC iPlayer and ITV Hub in September and October.

Meanwhile, 16% of web-connected adults viewed catch-up TV on a tablet.

It’s not often the UK comes top in anything but it must be causing a bit of a headache for traditional advertisers.

Which leads me neatly on to…

Whether you prefer #ManOnTheMoon or the Sainsbury’s #Christmasisforsharing advert with Mog, there’s no denying that the Christmas ads are getting longer and longer. It has now become a race to book that all important ad slot – early enough to get that first mover advantage but not so early that people choke on their Bonfire Night jacket potato.

Of course very few companies could afford to keep booking three minute ad slots over the entire Christmas period but once they’ve got our interest, they start airing a much shorter version and try to move our attention online – capitalising on the phenomenon above – that so many of us now watch TV online. The YouTube versions of the ads take the viewer off to hugely involved microsites that explain the creativity behind the ad, where you can view the making of the ad, festive games, apps, useful information and related products.

There’s no doubting that Christmas TV advertising is still big budget but it looks like the bulk of the spend has shifted from the actual media spend to the development of online collateral.

And if you haven’t seen the most tear jerking advert of all Christmas ads, check this out… (You’ll need a hanky!) 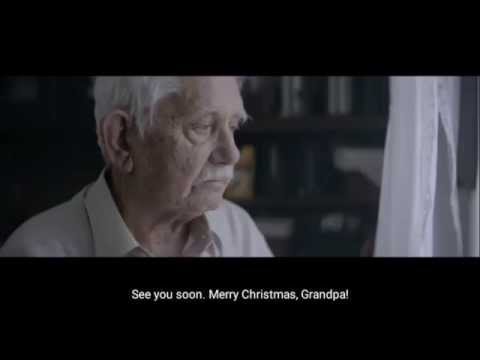 GCHQ Director Robert Hannigan has included a challenge in his Christmas cards this year, which is just a little bit trickier than a traditional Dingbats or Christmas quiz. A grid-shading puzzle containing an image that leads to further challenges has been unveiled and players are invited to make donations to the National Society for the Prevention of Cruelty to Children.

Whilst the government agency probably doesn’t need the coverage and links it’s been earning in the past 24 hours, it’s certainly been a hit with techie sites.

Google has announced that Accelerated Mobile Pages (AMP) will be integrated into its search engine in February 2016. AMP improves load time and page speed so whilst it hasn’t been confirmed, publishers that have AMP pages will likely be prioritised in search results.

Google says that 40 per cent of users will abandon websites that take more than 3 seconds to load – so anyone with a slow mobile site, beware.

Does anyone else find this tradition just a little bit spooky? Growing up in the era of Chucky (Child’s Play) and It (Stephen King), dolls, clowns and other toys that come to life are not festive, just plain right scary. The Elf craze has really taken off this year in the UK but I have a suspicion that it might go the way of Black Friday and not be particularly long lived here.