If you missed this story; basically, an organisation calling itself ‘Overweight Haters Ltd’ handed messages out to Tube travellers on what’re being dubbed fat-shaming postcards. One recipient, Kara Florish, has had the images of her card shared all over social media:

was handed this card on the underground. is hateful + cowardly +could potentially upset people struggling with confidence

Some are calling it an ill-thought-out publicity stunt, others call it simply ‘abhorrent’. Either way, the resulting Tweets have been mostly swell:

Hoping someone hands me one of those fat shaming cards on the bus so I can use it as a spoon to eat this McFlurry — B?E?N? B?O?Y?E?R? (@sleezsisters) December 1, 2015

Desperate to be handed an Overweight Haters Ltd card so I can smother the perpetrator in my rolls of fat.

2. Half of UK’s ad spend is on digital media

According to eMarketer’s report, it’s a ‘world first’. The UK is set to be the first country in which digital media counts for 50% of advertising spend.

Due in no small part to the boom in smartphone usage, it’s expected that digital advertising will grow by 12% this year to £8.1 billion, and digital ad spend on mobile will increase by 45% to £3.3 billion. Crazy numbers.

Unfortunately for traditional print media in UK, digital advertising thrives while magazines and newspapers are losing their market share. Print advertising spend is expected to fall to less than £2.7 billion – a decrease of around 4% – and as a result, we’re seeing some old ‘favourites’ disappear.

Previously where a city could be specified, we now are only given the option to choose between the localised country, or the whole wide world.

From an SEO perspective, this was a great feature for performing local searches without having to be in that location. From a user perspective, being able to perform a local search outside of the city you’re in was a great way of sussing out a destination before you arrived.

ANYway. All that’s over now. It’s gone. Get over it.

“…it was getting very little usage, so we’re focusing on other features.” – Google Spokesperson

As the website explains, back in 2008 they created “The Art of Dancing” and the internet loved it. This year, though, they’re dancing not just for love, but also for money… for charity.

Go give @Dancember some love.

Whether you’re a Foo Fighters fan or not, you cannot deny that Dave Grohl is super, super nice. It’s a recognised fact.

But Grohly had been ‘waiting years’ to settle a long-discussed dispute:

Who’s the better drummer? Dave Grohl? Or Animal of The Muppets? 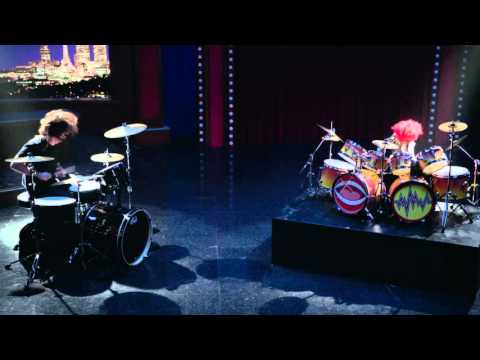