In today’s not-news, Twitter has ditched its favourites star, in favor of a heart, because hearts are “more expressive”.

Here’s what Twitter Product Manager, Akarshan Kuma had to say on the matter:

“We are changing our star icon for favorites to a heart and we’ll be calling them likes. We want to make Twitter easier and more rewarding to use, and we know that at times the star could be confusing, especially to newcomers. You might like a lot of things, but not everything can be your favorite.

The heart, in contrast, is a universal symbol that resonates across languages, cultures, and time zones. The heart is more expressive, enabling you to convey a range of emotions and easily connect with people. And in our tests, we found that people loved it.”

I for one found stars VERY confusing, so couldn’t be happier. What’s more, I’m finding Twitter much more rewarding. You should try it for yourself, you might love it.

A man was sacked from his job earlier this week for ‘Liking’ a picture of a colleague’s wolf-print fleece on Facebook.

The man is claiming innocence, his bosses say it was bullying. I don’t know enough about the situation to pass comment, but as amusing as this story may be it is a stark reminder of how careful people need to be when using social media in the workplace.

One minute your lol-ing over a wolf-print fleece, and the next you’re jobless two months before Christmas. Think before you ‘Like’, folks.

The new John Lewis Christmas ad has landed, and as expected it’s a bit of a heartwrencher, if not littered with scientific inconsistencies.

The Man on the Moon is the story of a girl who spots a lonely old man through her super magic telescope. As the name suggests, the old man lives on the moon, and he is alone. Poor old spaceman.

The girl feels sad for the man and attempts to communicate with him via a note attached to a bow and arrow, and then a paper aeroplane. Conveniently she fails in her attempts, because physics. Damn you, physics.

On Christmas Day the old man receives a parcel via balloon-mail, presumably sent from John Lewis’ marketing team. Thanks, physics!

Inside the parcel is a telescope. The old man uses the telescope to look back to earth, he sees the girl and a single tear rolls down his old cheek. The girl waves back. We all cry. Happy Christmas.

It’s better than the penguin one, but not as good as the bear one.

Here is a more scientifically accurate version for all the sticklers out there.

Planning on burning an effigy of Guy Fawkes this weekend? That’s so 1605.

Why not up your bonfire game with a modern day effigy, like, oh I don’t know, a 15ft David Cameron plus dead pig’s head?

Oh, looks like someone already beat you to it.

In keeping with tradition, here is a video of people doing silly things with fireworks.

Warning: contains some NSFW language and some scenes of a human bottom. 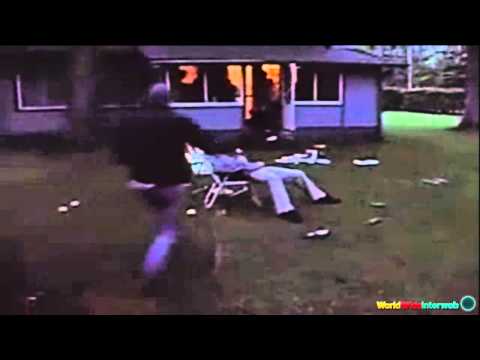