When Twitter users have a burning question for their followers such as “Coke or Pepsi?” or “What shall I name my cat?”, it has long been the tradition to ask for their votes with a “fav or retweet”. But this is set to change.

Twitter has just announced a new official polling feature, which will be made available to all of its users, in a bid to improve social engagement across the platform.

The ability to create a two-option Twitter poll will soon appear in the “compose Tweet” interface. Each poll will remain live for 24 hours and voting is completely anonymous.

The annoying thing about trying to capture photos of popular tourist hotspots is that the whole world and his wife are also there, trying to do exactly the same thing. Fortunately, a new technology promises to make these obstructions a thing of the past – with the tap of a button.

Adobe “Monument Mode” is an algorithm app that will allow users to get a crisp shot of a landmark on their mobile phone. The software is able to distinguish between moving objects and fixed ones making it possible to simply erase any obstructions such as people, vehicles and other moving objects. 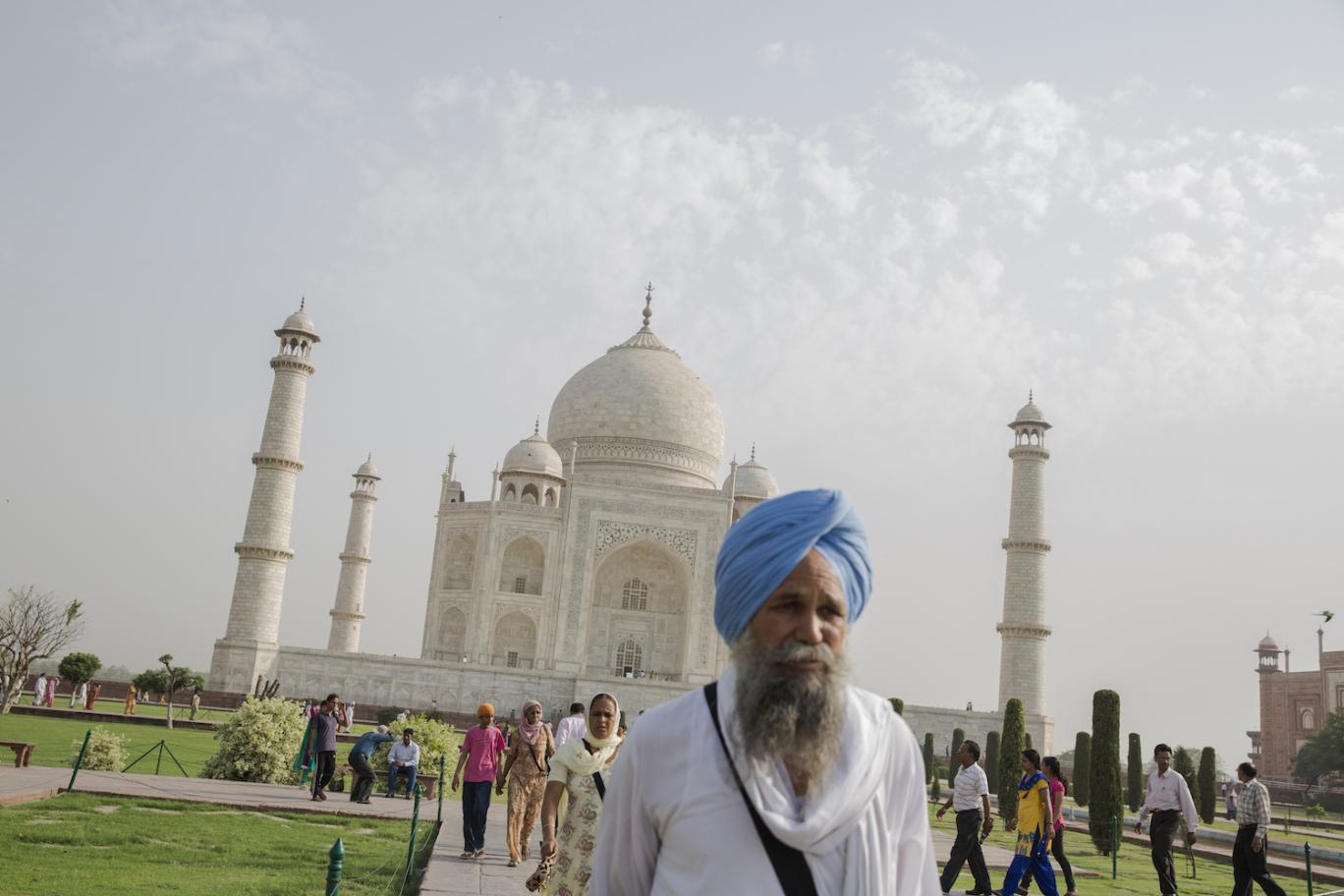 Whilst on the subject of landmarks-and-technology, something that caught my eye this week is upcoming art project 1heart1tree, inspired by the United Nations Climate Change Conference (COP21), in Paris on December 7th and 8th.

The concept involves downloading an app with a built-in sensor to track your heartbeat, a virtual tree of light will then begin to grow to the rhythm of your heart, projected live onto the Eiffel Tower. Users can watch and share via a live stream, and better still – for each virtual tree created, a real tree will be planted in their name somewhere in the world. 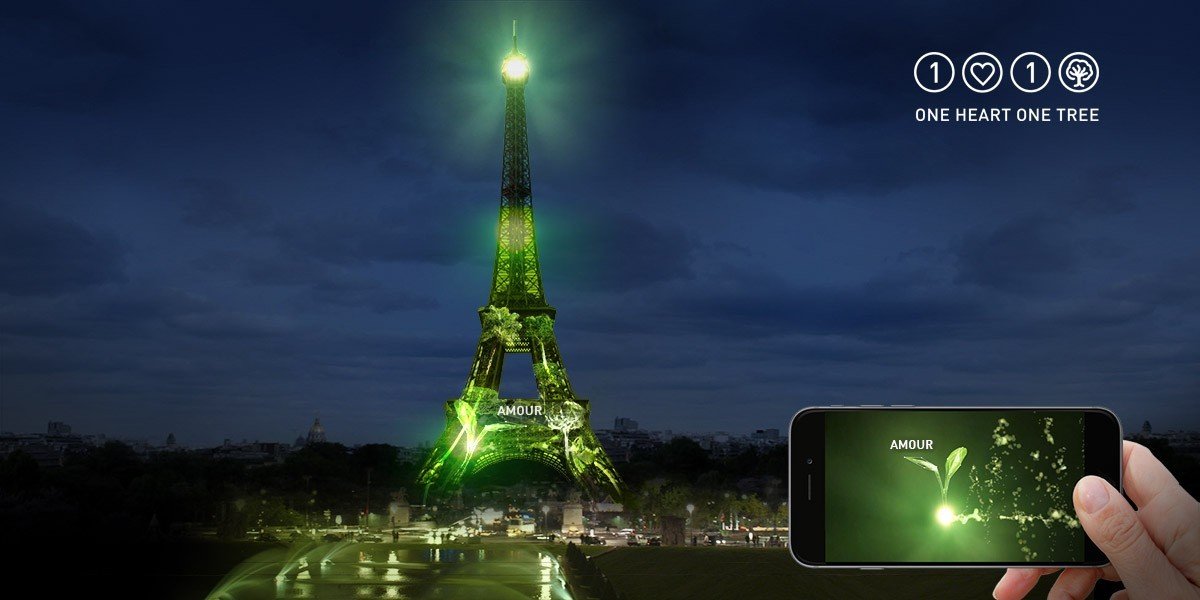 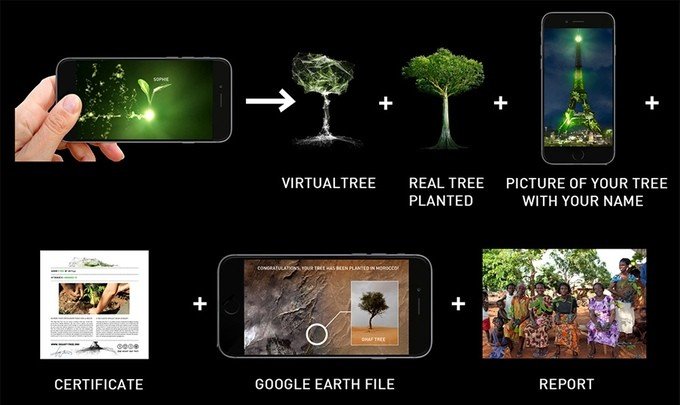 The article fooled many, including Google News. – Typing “South Park” or “Yelp South Park” into the search box, temporarily resulted in a top-spot ranking for the piece. 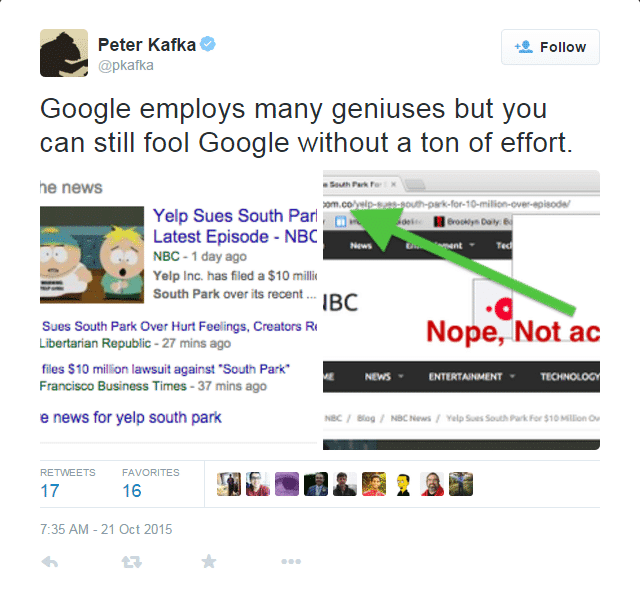 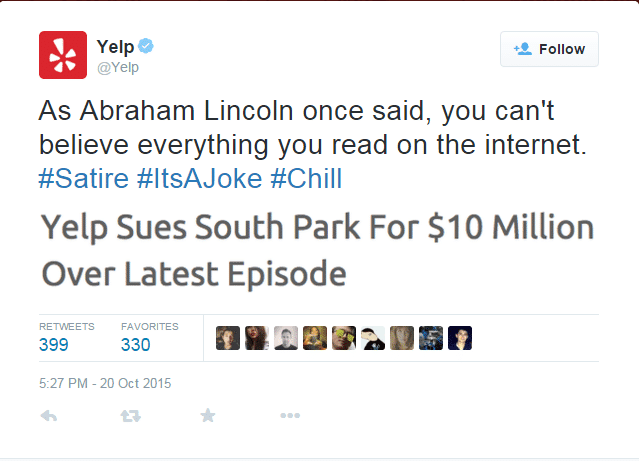 This day has been particularly significant for fans of the film after a series of photoshopped hoaxes have been fooling the internet of “Back to the Future day” since way back in 2010.

More than 25 years after the release date, many of the film’s predictions for life in 2015 were not actually that far off.

But we’re still waiting for those flying cars! 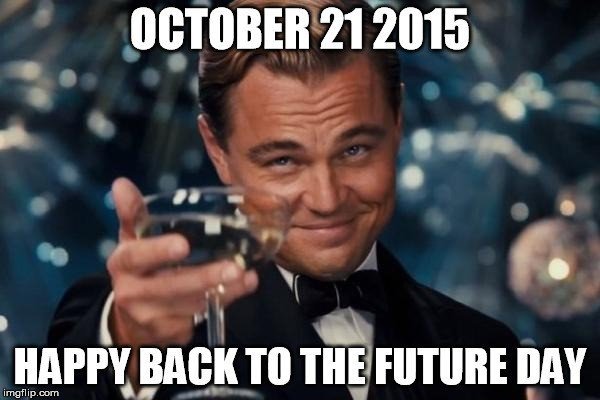