1. The parody floodgates are opened

Some welcome changes to UK legislation came into effect on the 1st October allowing the parody of copyright works.

Before these changes, anyone using any material under copyright without express permission ran the risk of prosecution. Thankfully, it hasn’t stopped the likes of the superb Cassette Boy in the past, but I hope that we will be seeing more amusing videos in the future, as everyone loves a good parody don’t they?

It’s Friday, so here is one to make you chuckle and I hope that Casette Boy is relaxing in the knowledge that jail does not beckon:

2. Social media can bite you on the a##e

It has been a bad week for Sainsbury’s.

As a third consecutive quarter of falling sales sent its share price falling to a six year low, a storm was raging on Twitter after a poster intended for staff eyes only was snapped and tweeted by @mynameischrisd:

Rather than achieving the objective of increasing revenues by getting all customers to spend an extra 50p, the gaff gave birth to the #50pChallenge hashtag and the inevitable barrage of abuse.

Lidl, who has been winning praise for its use of social media, was quick off the mark with a clever retort:

Ignoring the economic battle raging between the two, I think that this is very much 1-0 to @LidlUK

Doesn’t time fly when you are having fun?

As we enter our 10th year of trading, Google has reached adulthood as it celebrates its sixteenth birthday. A nice doodle was published to mark the event:

Happy Birthday Google! Oh how you have grown…

Nobody is able to guarantee ranking success and the very nature of ‘ranking’ has evolved with the incredible degree of personalisation that you see across the SERPs. Coupled with question marks over the accuracy of search volume data, there is always a risk that any traffic forecast is wildly innacurate in terms of building a business case for investing in SEO.

That said, I am always interested in reports that help us estimate possible traffic levels in the future so welcomed the new report from Advanced Web Ranking which is summarised rather brilliantly on Moz.com.

This has been done before and there is a useful comparison table on the blog post showing how different methodologies in each study created a fairly sizeable degree of variation, but there is a very good explanation of the process used for this latest study.

Personally, I have some concerns over the accuracy of Google Webmaster Tools data but the methodology is robust and it is a great indicator of click through rates for different positions in Google organic search results in July 2014.

No surprises really that you need to be on page one to get any traffic (71.33% of searches click on results on the first page) but another reminder that you really need to be in the top five positions as those results account for 67.6% of all clicks. Positions six to ten account for just 3.73% of clicks.

The geek in me was therefore excited to see the launch of a new lineup of Hero cameras this week, with the Hero4 Black being the flagship model with the strongest lure. One of the biggest enhancements over previous models is its ability to shoot in 4K resolution. Whilst you may question the value in that when so few of us have 4K televisions, the video released to showcase the new camera makes a compelling case for an upgrade: 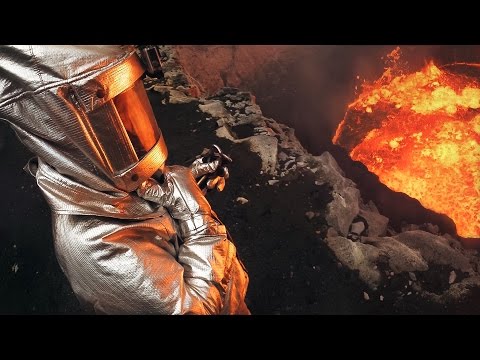