If you hadn’t heard, Barack Obama was re-elected as US President this week, earning himself another four years in the White House. Hoorah!

He also smashed some Twitter records in the process.

This happened because of you. Thank you.

Impressive, but nothing in comparison to what followed.

The instantly famous “Four more years’” tweet has received 785,000 re-tweets and counting, smashing the previous ‘RT’ record, which was held by Justin Bieber. Good on you , Barack.

2. Is Foursquare the new Yelp?

Foursquare has been dubbed ‘the next big thing’ since it launched in 2009. However, it’s safe to say that things haven’t really taken off as intended for the New York startup.

But could Foursquare’s new intelligent rating feature be the boost which it so desperately needs? It seems that a lot of people think so, including Econsultancy, who compare the service to Yelp.

As a massive Foursquare fan, I sincerely hope that finally, the service gets the love it deserves.

Earlier this week I published a blog post about how Pinterest is not just for girls. The post was inspired by a recent study, in which Topman was revealed as the most followed retailer on Pinterest, eclipsing the likes of Topshop and New Look.

My point is this: never write anything off until you’ve done your research, because as Topman has shown, boys like Pinterest too!

Have you ever sat on a train or bus and thought, if I shouted a random word at the top of my voice would anyone react, or even notice?

Thai photographer Benz Thanachart put the theory to the test. In his words, “I got into the subway, shouted out a random word that is completely unrelated to the situation and then captured that moment. It was the moment when everyone was getting out of their small worlds and noticing the presence of public space.”

See the results of the project ‘Smartphone’ at http://www.benzthanachart.com/smartphone/.

With so many awe inspiring videos circulating the web, it takes a lot for anything new to really ‘wow’ me. The last video which truly made my jaw drop, and subsequently share it with all my friends, colleagues and Twitter posse was the GoPro Hero 3 promo, which was featured My Five #8.

However, this new ‘Best of the Web’ video is definitely up there in my ‘wow’ list. Enjoy. 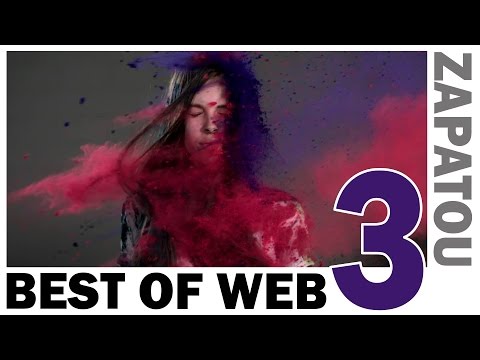