Earlier this week the ‘Beeb’ announced an update for its Iplayer IOS application, allowing viewers to download programmes to their iPhone or iPad for offline playback.

This is great news for commuters, those with limited Wi-Fi, or people like me, who enjoy nothing more than watching Celebrity MasterChef while sat waiting at the bus stop.

Just when you thought Old Spice’s video marketing campaign couldn’t get any better, in it steps with ‘Old Spice Muscle Music’.

Once again, Old Spice has delivered a hilarious, memorable piece of marketing that will undoubtedly be talked about for years to come. 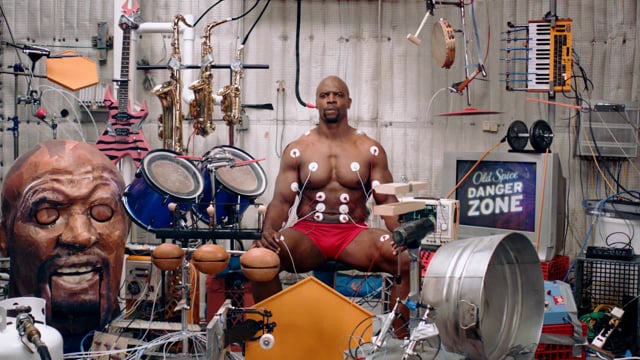 For those of you who haven’t yet heard of Rdio (pronounced r-d-oh), it’s a digital music streaming service, with a library of over 18 million songs. A bit like Spotify, I suppose, only nicer.

I subscribed to Rdio’s Unlimited package a few weeks back, which allows unlimited web and mobile streaming, as well as playback on selected digital speaker systems, including Sonos.

I’m now using Rdio as my primary music source at home, in the office and out and about, and it hasn’t let me down yet.

I could talk about Rdio all day, but its best experienced yourself. Trial Rdio for a week for free at www.rdio.com.

I’m becoming increasingly fond of Pinterest, for both business and pleasure. This week, some colleagues and I have been experimenting with different ways of using Pinterest for internal projects.

By setting up collaborative ‘project’ boards, we can all contribute content in a way that’s proving far superior to emails or spread sheets. This method worked particularly well for collecting inspiration for an infographic we recently produced for a client.

Fantasy Premier League is back! In actual fact its been back for a few weeks now, but its still not too late to join our league. No prizes on offer this year, but if you fancy joining us for some friendly(ish) competition, drop us a tweet at @browser_media and we’ll send you the league code. Good luck – you’ll need it.

More ‘My Five’ next week. Have a great weekend!