Many big brands and house hold names are embracing social media or at least implementing a social element to their marketing campaigns, admittidly some better than others.

We would like to share a great interview we found on Social Media Examiner, in which Michael Stelzner talks with Head of Social Media at Ford, Scott Monty. In the interview, Monty reveals how Ford are using social media to create buzz around product launches as well as engage with their online community.

Ford have been making headlines with their recent social media activity. This year, they launched the 2011 Ford Explorer via Facebook, using the site to generate ‘buzz’ by posting teaser photos, videos and news snippets. This ‘digital’ launch was a first for the car industry and a million miles away from the traditional auto show route.

As Monty explained in a past interview, “Typically at an auto show, with any auto show scenario, we’re talking to ourselves. We needed to step out of that bubble to get that message out there. This is the 100 percent reinvented Explorer – we needed to reinvent how we get out to the people.”

Ford’s approach will no doubt inspire other manufacturers and ignite a flurry of social media campaigning, because as you will see from the video below – it works! 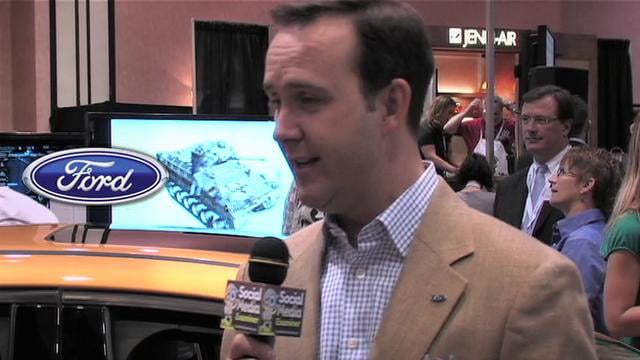