Skip to content
You are reading: Google Wallet set to revolutionise the way we pay
22nd September 201126th May 2022
Google, Google Wallet, Mobile

As technology changes so do the contents of our pockets. Smart phones have replaced much of what we used to carry about our person making objects such as mp3 players, diaries and notebooks (actual notebooks) pretty much non-existent.

But despite developers best efforts to cram everything in the world in to a single device there are still typically three things the average person never leaves home without – phone, keys and wallet. But in a world as advanced as ours physical objects are just not cool, or at least that’s what Google thinks.

Earlier this week Google officially rolled out it’s new mobile payment system that could put an end to the wallet as we know it.

Google Wallet, as it’s officially named, has a been a hot talking point for some time now and the contact-less payment system has big plans to revolutionise the way we pay for things. In Google’s words, “In the past few thousand years, the way we pay has changed just three times—from coins, to paper money, to plastic cards. Now we’re on the brink of the next big shift.”

That shift being contact-less payment, in which the user simply swipes their phone over a reader at the point of checkout, like so: 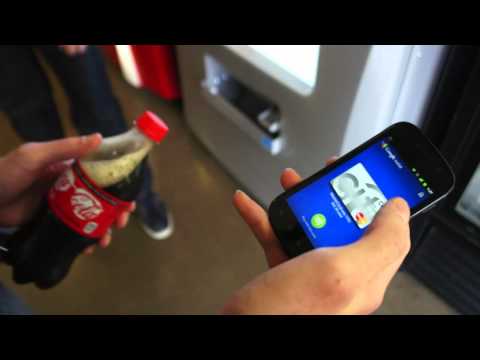 As well as serving as a handy payment device, using Google Wallet will also open the user up to a world of offers and will even store your loyalty cards for participating merchants. All very nice but can it carry small change and car park tokens?

Before you ditch your wallet and burn all your of cash, consider that at the moment the service only works with Nexus S 4G phones on Sprint and is only partnered with a handful of credit card providers. Also, it could still be a good five years before the service is adopted fully by merchants.

For more information, check out www.google.com/wallet.