Two years ago, Google bought AdMob in the hope that mobile advertising would take off and as their research proves that 13 countries around the world have more than 40% of their population now using smartphones, they were clearly right!

After the launch of this new feature, over 1,000,000 AdWords advertisers will now be able to reach consumers on more than 350 million mobile devices in the AdMob network, via the AdWords interface.

In order to create a campaign that targets mobile app users advertisers can simply create a new campaign from within AdWords, making sure to select the “Display Network only (mobile apps)” from the list of campaign types. 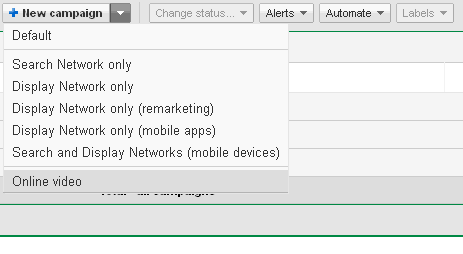 Advertisers have the opportunity to run their ads across 300,000 mobile apps in the AdMob Network, across several platforms, and they can build, optimise and see where their ads have appeared all within AdWords.

Google states that the “AdMob’s network of apps gives advertisers true global reach with 23 countries each generating over one billion ad-requests last month, up from 11 countries in April 2011.”

Those that choose to use the Display network in this way will have the option to select which device (smartphone or tablet) their ads appear on, by model or manufacturer brand. They will also be able to narrow their target audiences by selecting categories from the Google Play Store / App Store, such as ‘Games’, and even search for individual apps that they want their ads to show on.

Over the next few weeks Google will also start providing its predictions / estimates for the number of devices targeted and the number of impressions ads are likely to receive, given the targeting selections.

As is often the case for display ads I would predict that mobile app ads would also receive a relatively low click through and conversion rate and some ads will work better than others.

I certainly don’t like being shown ads when I’m using apps, which I’m sure is the case for most smartphone or tablet users. But this could work well as a brand awareness exercise for some companies, as there are a lot of people in the world using these apps.