If there has been anything that has made me crave more effective ad frequency capping controls for Facebook, it has been the onslaught of Boldking razor ads that bombard me whenever I go near Facebook.

If you are a bloke and use Facebook, I suspect you will have seen this ad: 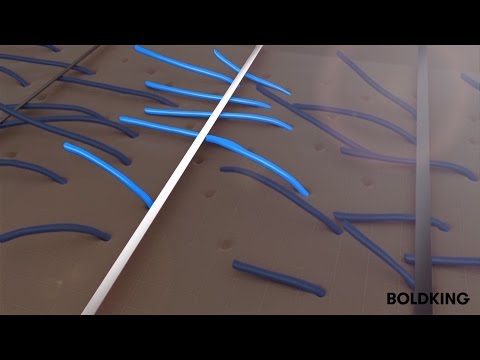 I have to confess to being a long time Gillette user (Fusion Proglide to be precise). I am, however, always drawn towards the underdog and the shaving market has been much more fun since the Dollar Shave Club’s epic ad in 2012.

It was that ad that introduced the notion that we are all paying for tech that we just don’t need. Our grandfathers only had one blade (and polio), so I was interested to see that Boldking were also reducing the number of blades rather than adopting the Gillette approach of adding more.

To be honest, I have never really been aware of an issue where multiple blades tug at hairs and cause discomfort, but the Boldking video sort of makes sense and I was lured into a trial. Partly to see if it was any better, but also to feel that I wasn’t just lining the pockets of already super rich sport stars around the world.

As it turns out, I managed to cut myself repeatedly with the Boldking razors and they just aren’t for me. I was a bit disappointed as I wanted to support the underdog, but I also felt a bit stupid for being drawn in by the marketing spiel.

It also got me thinking.

What is Gillette’s take on the ‘no tugging because the blades are spaced out’ approach to razor design? You guessed it, they say the polar opposite:

Poo-pooing the Dollar Shave Club’s suggestion that one blade is enough, Gillette claims that “five blades spaced closer together to help supply a closer and more comfortable shave”. Could it be more different to the Boldking approach?

In my personal experience, I am siding with Gillette. For me, the 5 (close) blade approach is definitely more comfortable and devoid of any bloodbaths. I do admit that this may not be the case for everyone and Boldking has been impressive in contacting me after I cancelled my subscription, but the main thrust of their marketing video simply isn’t true in my experience. They are making claims that I cannot support.

They are clearly not the first to make bold marketing claims and certainly won’t be the last. Everyone is striving for distinction and USPs are demanded by marketing best practice.  I think that this is an interesting example of specific claims being so wildly different.

More importantly, it is a good reminder of why product reviews are so important and of the influence that social media has over us all. I think that we all tend to ignore marketing spiel these days and will always seek 3rd party validation of any claims. Consumers are empowered and social media has made it very difficult to hide behind grandiose claims that just don’t hold any water.

In truth, this is nothing new. Back in 1988, Public Enemy were telling us not to believe the hype:

Some media is the whack
You believe it’s true, it blows me through the roof
Suckers, liars get me a shovel
Some writers I know are damn devils
For them I say don’t believe the hype.

As they say, don’t believe the hype. Do your research and use Google to find what other people are saying about products that you are interested in.

Have a great weekend folks!