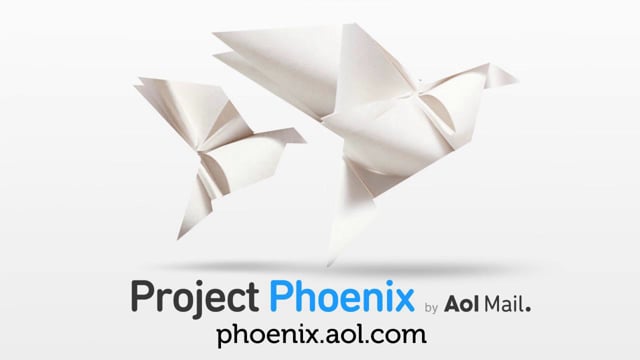 Project Phoenix by AOL Mail from Team AOL on Vimeo.

Phoenix supports e-mail addresses on all AOL-owned domains, including aol.com, ygm.com, wow.com, games.com and love.com, and it will also bring in messages from Yahoo Mail, Hotmail or Gmail.

The application is currently in the beta testing stages and is due to launch to the public early next year, but if you can’t wait til then, you can request an invite at the Project Phoenix website.