Last week I was speaking with a client about Pinterest, and how we might be able to use the social network as part of an up and coming marketing campaign. Said client lend themselves wonderfully to Pinterest, due to the amount of potential imagery they have at their disposal, and have pretty good social media presence on Facebook, Twitter and YouTube.

Pinterest has been creating a lot of buzz of late, so I’ve been keen to try it out in a ‘campaign sense’, as apposed to just playing around with it, pinning funny pictures of bears.

Naturally, I’ve been trawling the web for examples of how brands are using Pinterest to good effect, and here are some campaigns that caught my eye:

Harrods is asking its consumers to create Pinterest boards – entitled “Harrods Street Party Window” – pinned with images that reflect the theme of the “Queen’s Diamond Jubilee Street Party” (think royal cupcakes, Union Jacks & all things typically British). Harrods is promoting the competition through its Facebook and Twitter accounts, and the winner (the person with the best board) will be flown to Harrods to witness the unveiling of a real-life window, inspired by their Pinterest board.

French car manufacturer Peugeot created several Pinterest boards – each depicting different models in its range – with some pieces missing. People were encouraged to search for the missing pieces (hidden on Peugeot’s website), pin the missing pieces on their own boards and then share it with Peugeot. The first five people to complete their boards, thus completing a picture of a car, won a prize.

Kotex used Pinterest to source 50 “inspirational” women, looked at what each woman was pinning, then sent each of them a virtual gift based on their pins. They then asked the women to pin their virtual gift, and those that did were sent a real gift in the post. 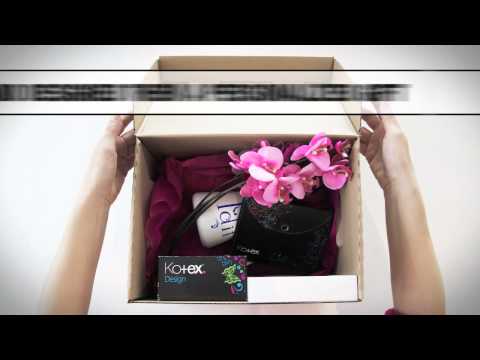 There’s no doubt that Pinterest offers some great opportunities for marketers, and each of the three campaigns shown here provide some real inspiration for anyone thinking of exploring the site further. That said, it’s clear that where Pinterest is concerned, campaigns are best kept simple. The Peugeot campaign, for example, although good in theory, is very confusing and perhaps a little too advanced to those new to Pinterest.