Did you know that an estimated 70% of lions in South Africa are born and bred in captivity? Mainly by breeders seeking to capitalise on tourist demand for cute lion cub snaps with a real-life Simba for their Instagram. Yet once these lions are all grown up and have lost their ‘awww’ factor, they are cruelly sold on to poachers for yet more money.

This shocking reality is the focus behind the ‘Bitter Bond’ campaign by the Born Free Foundation, aptly timed to coincide with the Disney Lion King remake.

Co-founder of The Born Free Foundation, Virginia McKenna, said: “We hope this powerful film, which exposes the full horror of what is happening, will inspire people everywhere to join our mission, urging the South African government to end the great betrayal.” 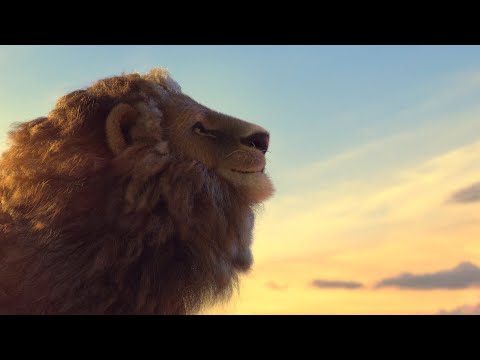 Following the tragic news of Thomas Cook’s demise, I was really touched by the kind gestures offered by several businesses on social media to the workers who are now facing redundancy. Peterborough certainly wins the gold star for Most Generous City of the Year, with Peterborough Cars offering ex Thomas Cook employees free lifts to job interviews, complimentary hair treatments and massages from Serenity Loves hair salon, and Little Owls Childcare providing free creche sessions for those needing childcare to attend interviews throughout October.

3. Free Costa coffee in October – treat or missed a trick?

This Tuesday was International Coffee Day, so to mark the occasion, Costa Coffee made over 8500 of its Costa Express machines found in petrol stations and convenience stores across the UK free of charge for one day only.

? It’s free coffee day! ? We’re so confident you’ll love our Costa Express coffee, we’re letting you try it for free today! ?? What will you be having? #InternationalCoffeeDay
T&Cs here; https://t.co/O5fusWv5R7 pic.twitter.com/2OWdCoefMD

One thing I noticed which all these beverages have in common is that they’re all in a disposable cup.

With such a consumer focus on excess packaging and its effect on the environment (recent YouGov research found that 8 in 10 consumers are trying to cut down on the amount of packaging they buy) I can’t help thinking the coffee giant missed a huge trick here.

By simply removing all cardboard cups from the machines during the promotion, only those who brought their own reusable cups or flasks would be rewarded with a free drink. This would have created a highly relevant campaign, incentivising consumers to think about wastage whilst giving the Costa brand’s green credentials a boost following its ‘cup recycling revolution’ launched last year. Yes, it would have meant compromising on all this ‘free’ product placement on social media, but the future of the planet is worth it, right?

4. What a bloody disaster

On Thursday afternoon this week, eco-warriors from Extinct Rebellion staged an attack on the HM Treasury to show their anger at the government’s investment in companies and projects which cause vast fossil-fuel emissions.

Dressed in funeral attire, activists road up to the main HM Treasury building on a disused fire engine and doused the building in fake blood to highlight the fatal damage being caused to the planet – that was the plan anyway. Instead, a hose pipe malfunction meant that most of the 1,800 litres of water-based fake blood ended up being sprayed all over the road, the activists themselves, and an unfortunate bystander (although he seems pretty nonplussed about it).

Extinction Rebellion spray 1800 litres of fake blood outside the Treasury, which they say is failing to tackle climate change.

But a malfunction caused them to lose control of the hose which flailed across the road before it could be brought under control. pic.twitter.com/5duzoSWCNa

The stunt was just a teaser before a two week ‘international rebellion’ begins on Monday during which Extinction Rebellion will “peacefully occupy the centres of power and shut them down” until governments take action against climate change.

Hopefully the diesel fumes from the fire engine, the thousands of litres of water-based dye, and the chemicals required to clean it all up won’t cause too much damage to the environment.

Remember back in 2016 when there was a public poll to name a new polar research ship, and over 100,000 people voted to call it Boaty McBoatface? That £200 million ship which took two years to build was officially named last week – but not Boaty McBoatface. Instead, the ship has been called RRS David Attenborough – the fifth most popular name in the poll.

The decision to overrule the public vote hasn’t gone unnoticed, however, Twitter users were pleasantly distracted by the fact that the new sea vessel bears an uncanny resemblance to Hulk Hogan, and I cannot disagree.