1. Digital footprint starts in the womb

A new report released by the Children’s Commissioner for England’s office has revealed children have more than 1,000 pictures of themselves posted online before they turn 13. Then when children get on social media themselves they will on average post nearly 70,000 times between the ages of 11 and 18.

The report also warns that  children’s lives are being “datafied” on a huge scale as more of their personal information is collected by internet-connected devices and apps – and that this could have major implications in the future should that data find its way into decision making algorithms for mortgage applications or university places, for example.

Anne Longfield, the Children’s Commissioner for England said: “Children are often shocked to learn just how information and data is collected about them as they grow up, from the information stored by new gadgets like Alexa to data held by their schools. We need to make sure that they can make informed choices about the data they are giving away and that their parents know who knows what about their kids.”

Really scary stuff. I’m off home to bury the kids’ Kindles in the garden.

If you haven’t heard of TikTok, you soon will. The social media app, formerly called Musical.ly before it was taken over in August, is growing substantially, increasing from 100 million to more than 130 million active users in the past three months. TikTok was also the most downloaded social media app last month, beating Facebook, Instagram, and Snapchat.

I have watched 3 different TikTok compilation videos on YouTube and I’m still not entirely sure what its purpose is. Imagine Vine, but with lip syncing, and dogs. 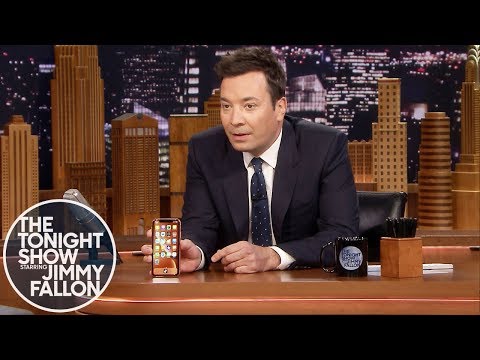 It should come as no surprise that many people prefer to communicate over social media rather than use their phone. But new research has revealed that a third of us only use phone calls to speak with our parents.

The survey also found people were most likely to send texts to their partner, while friends were the most likely recipients of WhatsApp messages. A fifth of adults said if they ran out of mobile data they would rather just not communicate with someone than pick up the phone to call them.

A video of a bear cub sliding down a snowy mountain side has been doing the rounds on social media this week. But what appears to be an innocent tale of persistence and triumph may have a darker side.

The video going around of a bear cub scrambling up a snowy cliff to get back to its distressed mother is being shared as a heartwarming metaphor for persistence. It’s not. It’s a dangerous stunt by an irresponsible drone operator who should know better.

The video has received a lot criticism not just from ecologists but also drone pilots and wildlife videographers. I love a nature documentary as much as the next person, but the controversy surrounding this video certainly brings to light the issue of drones and their impact on the natural environment.

And finally, please enjoy this video of a father pushing his child over in an attempt to save a goal. Top dadding.