After it was revealed that Russian agents had used Facebook to try and rig the 2016 US election, Mark Zuckerberg vowed to ‘make political advertising more transparent’.

So in May, Facebook added a ‘Paid For’ banner to all political ads (or those that Facebook deems “an issue of national importance” – a small but reassuring step in Facebook’s 9-point political integrity strategy.

However, an investigation released this week by Vice News revealed that Facebook’s paid political advertising regulations are not exactly foolproof.

The current affairs channel submitted a series of fake ad requests ‘paid for by’ a bunch of clearly politically-charged sponsors, including all 100 sitting US senators and the Islamic State.

While Vice News didn’t actually run the approved ads, the fact is Facebook accepted all the US senators (32 of which are currently in re-election races) as appropriate ad sponsors.

What’s more, the ads themselves were exact replicas of the propaganda posted on Facebook by Russia during the 2016 election. And Facebook approved them all stating that the content ‘didn’t violate its policies”. 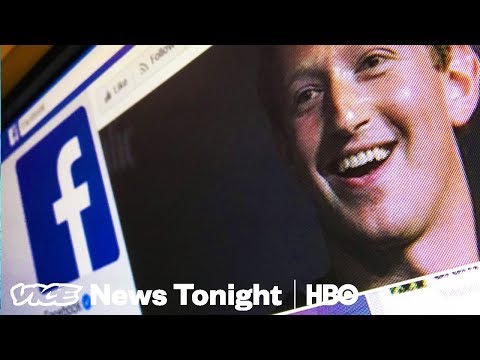 It begs the question, why are Facebook continuing to flog a model that clearly doesn’t work? Particularly when Zuckerberg claims to be making a loss on political ads during election cycles due to increased moderation costs.

2. You’ll never look at milk in the same way again…

PETA is no stranger to distasteful advertising campaigns – remember its Holocaust on Your Plate campaign which sported taglines such as ‘to animals all people are Nazis’? Or how about last year when the organisation advised us that a dairy-free diet can help autism in children?

Its latest attempt at getting us to #ditchdairy is claiming that drinking cow’s milk is ‘a symbol of white supremacy’.

Cows’ milk has long been a symbol used by white supremacists.

Unfortunately, in this instance, PETA is somewhat correct…

Research suggests that, statistically, white adults have a higher tolerance of lactose than adults of other ethnicities as their ancestors came from climates where dairy herds could be raised safely and economically, such as central Europe. Fact.

So, to celebrate their genetic superiority, many alt-right groups have been holding rallies at which they get lairy – and topless – and chug a load of milk.

However, using this deranged ideology as the basis of a marketing campaign was not PETA’s finest hour, and consumers were understandably offended:

All joking aside, I think it’s clear that the brutal way in which many dairy farms operate is abhorrent and does need to change. However, I’m pretty sure likening milk drinkers to a bunch of racist egomaniacs is not the way to win friends and influence people, PETA. Come on, you’re better than that.

3. I can’t Beliebe it’s not Bieber

Last week the world was outraged as a picture emerged of Justin Bieber eating a burrito like a lunatic. But this week minds were truly blown as the picture was revealed to be a staged publicity stunt and not even the real Bieber.

The hoax was orchestrated by the team at Yes Theory, a popular YouTube channel and Brad Sousa, a Justin Bieber doppelgänger in order to prove that staging a fake story on social media “can be done much more easily than most people can imagine”. And it clearly worked, as the offending photo went viral, gaining coverage in Vanity Fair, Cosmopolitan and was even being picked up by the BBC.

The full behind-the-scenes video of how it all went down is available here: 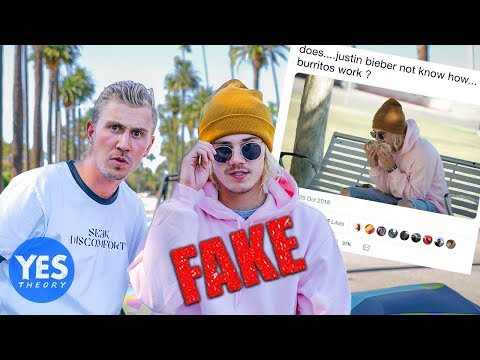 The real Justin Bieber is yet to comment on the stunt, so the jury’s still out as to whether he actually does know how to eat a burrito properly. One thing is for sure, don’t trust everything you see online.

This week, Chancellor Philip Hammond announced plans to introduce a digital services tax (DST) as part of the Autumn Budget 2018.

The new tax reform will see large, established tech firms charged 2 percent on all revenue made from UK-based users and is forecast to bring in £400 million a year.

Technology businesses are at the heart of the UK economy play an important role in driving growth, therefore the DST will only apply to profitable companies with “at least £500m a year in global revenue” to avoid stifling investments in UK tech.

The announcement comes only weeks after the Chancellor openly accused the US of ‘stalling’ discussions surrounding a multilateral digital tax between the US, the UK and Europe. Therefore, the DST – which is due to be rolled out in April 2020 – will only serve as a stopgap until Europe gets its act together and implements their own digital levy plans.

The other question is of course whether the tax will simply be passed onto consumers through increased prices. I guess we’ll just have to wait and see.

The UK has become the third country to offer Amazon’s ‘try before you buy’ service.

The service – which already exists in the US and Japan – delivers a bag of up to eight items of clothing to shoppers who are then offered discounted purchase prices depending on the number of items they choose to keep. There is no upfront cost for the service and free delivery for those already signed up to Amazon’s subscription plan.

Research conducted by Barclaycard found a trend in people buying clothes just to take social media pictures in them and returning them afterwards, so this is a great initiative from Amazon and demonstrates real ability to move with the times and respond to consumer behaviours.

Shoppers can return any unwanted items within 7 days free of charge, giving people one whole week to get some decent snaps in their new clobber and share them with their followers – meaning more likes for them, and free advertising for Amazon’s clothing range. Everyone’s a winner.