It targets consumers who have demonstrated interest in any leading search engines based on Keyword searches and allows you to target those users across Display. The goal is to drive incremental traffic and conversions by targeting users who are deeper into the purchase cycle.

Search Companion Marketing will automatically display keyword-targeted ads to these users when they are on a page in the Google Display Network.

Sounds good, right? We’ll be testing this over the coming weeks, so stick around for updates.

2. The greatest car commercial of all time?

I’m no Trekkie, far from it, I’m actually more of a Star Wars fan, but this new Spock inspired Audi commercial is simply genius.

There’s a saying – that you’re never more than 5 feet from a Manchester United supporter, which seems particularly true in every part of the world which isn’t actually Manchester. This theory was confirmed earlier this week when the sound of grown men crying could be heard across the entire South East of England, after United boss Alex Ferguson announced that he would retire at the end of this season. Ha.

PR agencies have a field day piggybacking on the back of this news, with some hilarious results. It’s hard to pick a favourite, but here are some great examples which all made me smile http://prexamples.com/2013/05/stunt-roundup-how-the-world-of-pr-reacted-to-sir-alex-fergusons-retirement/

Audio streaming service RDIO and music recognition app Shazam have joined forces. As a regular user of both these things, this makes me extremely happy indeed.

Best of all, it actually works.

5. Here is a video of a small dog dancing to Eminem. 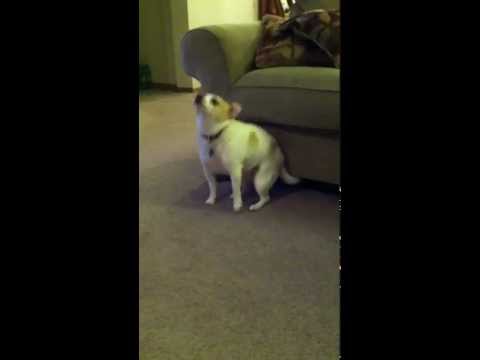