Social media has been going ba-na-na this week following Nike’s decision to use San Francisco 49ers quarterback, Colin Kaepernick as the face of its new ad campaign. In August 2016 Kaepernick caused controversy by kneeling during the US national anthem before playing a preseason game against the Green Bay Packers, as a protest against racial injustice.

Announcing the deal, Nike described Kaepernick as “one of the most inspirational athletes of this generation”. But not everyone agrees. Some people are upset with the appointment because they believe it’s anti-America, and in some twisted way forces them to choose between their country and their trainers. Some people are so upset that they’ve been destroying their Nike wears – the wears they’ve already paid for – by burning them or cutting the logos off. Way to stick it to ‘em, y’all.

Our Soundman just cut the Nike swoosh off his socks. Former marine. Get ready @Nike multiply that by the millions. pic.twitter.com/h8kj6RXe7j

2. Deepfakes could land us all in deepsh*t

The term ‘fake news’ was a relatively unknown term up until two years ago, but in 2017 it was voted word of the year following coverage of the US elections, in which Trump dropped the term into what seemed like every other sentence.

But according to a New Scientist article, fake news may be least of our worries. Fake videos created by AI, known as deepfakes, are becoming an increasingly convincing method for delivering made up news to the masses. The software used to create these deepfake videos – which can transform a few simple animated line drawings into realistic, high definition clips – is open source, meaning anyone can use the tool to create videos in order to “warp our perception of the world”.

The article explains, “Although having fakes masquerade as the genuine article is a risk, it may not be the main problem. Instead it could be that with such convincing fakes around, it is easier for someone to falsely dispute the authenticity of the real deal”.

Honestly, I don’t know what to believe anymore. Is this article fake news? Who knows. Who cares.

Word on the street is Instagram is in the process of developing a standalone shopping app. Verge reported earlier this week that “the app – which may be called IG Shopping – will let users browse collections of goods from merchants that they follow and purchase them directly within the app”.

Instagram has been levitating towards eCommerce for a while now, with Shopping on Instagram tags proving to be a popular feature amongst merchants.

Exactly how the app is going to look or function is still unknown, but if the hype is to believed then a standalone Instagram shopping app could make some serious waves in the eCommerce world – the Verge notes that in time, Facebook’s (Facebook owns Instagram) growing suite of merchant tools could directly challenge the likes of Shopify. It’s a big shout, but time will tell.

Influencer marketing is a shameful and annoying concept at the best of times. From the ‘PR friendly’ Instamums using their kids to promote whatever plastic thing they’ve been sent through the post that week, to the cast of Love Island posing awkwardly with diarrhoea inducing fruit teas, there’s something so very predictable and false about the whole thing.

Most normal people have grown to accept this, but sometimes it goes too far. Sometimes, the falseness goes beyond annoying, and enters the realms of utterly ridiculous. Earlier this week, Johnson & Johnson came under fire after a paid partnership with Instagrammer Scarlett Dixon (aka @Scarlettlondon), was shared multiple times on Twitter for being so fake it’s comical.

Loving the hilarious parody accounts @Listerine have created to expose the sham that is irrelevant “influencer” marketing. That’s what they are doing, right? Because the alternative is… pic.twitter.com/Z6GC5wX03Z

Fuck off this is anybody’s normal morning.
Instagram is a ridiculous lie factory made to make us all feel inadequate. pic.twitter.com/arV7uCusiJ

While this is indeed the most unbelievable of morning routines, Dixon has been on the receiving end of some hideous abuse following the post. While I don’t think anyone would argue that she deserved to be called out on the subject matter, there’s no justification for attacking her personally – it is, afterall, Johnson & Johnson who would have orchestrated this. As well as bringing to light how stupid influencer marketing can be, it raises some serious questions about brands responsibilities to protect the people they’re paying to promote their products. As more people wise up to paid endorsements and fake lifestyle shots, the problem will only get worse. 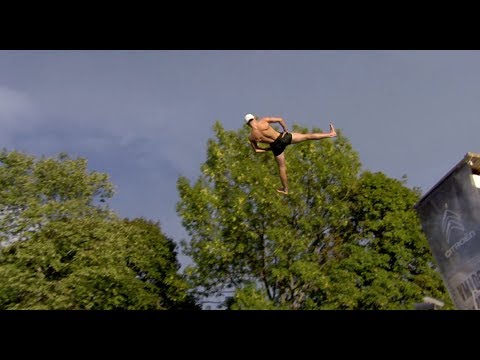