This week’s My Five is by Craig.

Creative director at Microsoft Adam Orth caused a lot of trouble this week by spilling the beans on the company’s plans for the next Xbox to have“always-on” internet connection requirements by arguing with people on Twitter. Orth suggested that everyone has or should have a stable internet connection and told everyone to “#dealwithit”. Many members of the gaming community have issue with “always-on” requirements, especially after Sim City’s disastrous launch during which many people found it impossible to play the game they had paid for due to the restrictive connection requirements.

After a storm of irritation Orth tweeted “Sorry for expressing my personal opinion about what I want from the electronic devices that I pay for on Twitter. Jesus.” This defence didn’t hold any water with Microsoft execs, and Orth was forced to resign as a result of his actions. This should serve as a reminder to the rest of us to stay professional when dealing with customers, even in the social media sphere. Just because you’re not at work doesn’t mean you no longer represent your brand.

This video explains the whole sorry affair in animated form, with Adam Orth as a zombie and Microsoft executives shooting lasers out of their eyes at him. To the best of my knowledge, this is EXACTLY how it all went down. 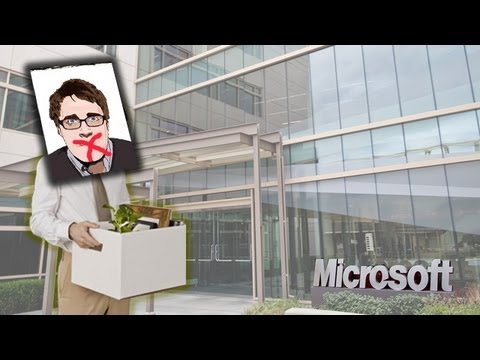 As thousands mourned (and many celebrated) in the wake of Margaret Thatcher’s death, the hashtag “#nowthacherisdead” made the rounds on Twitter thanks to the “Is Thatcher Dead Yet?” website. However, many confused onlookers read it as “now that Cher is dead”, leading to a great deal of confusion as fans of the singer posted eulogies across the internet. The issue may have been exacerbated by the lack of political awareness in our society.

Bitcoins, a digital currency made infamous due to its connection with the “SilkRoad”, an illegal drug market, built up over the course of a week from around £90 a bitcoin to £167, then dropped to £84 in the space of 6 hours. The currency has continued to fall in value, standing at around £55 a coin at the time of writing.

Mt Gox, the largest Bitcoin exchange, who oversee over 80% of Bitcoin purchases, have suspended trading in the wake of the extraordinary market fluctuations, probably in an attempt to help stabilize the online economy. The crash was likely caused by amateur investors panic-selling when the price of Bitcoins started dropping. A lot of investors who pumped money into the cryptocurrency during its meteoric rise will be weeping into their keyboards tonight.

4) Google Maps open editing up to the public

Google are encouraging users to edit Google Maps themselves, allowing them to add location information on subjects as diverse as agricultural land, historic buildings and independent coffee shops. The information is vetted before being added to the map site by the Google team, presumably to stop everyone hilariously labelling their friend’s house as a local brothel.

An update to facebook that has just been rolled out in the US allows users to post their moods and current activities alongside their status updates. Users can tell their friends (and Facebook’s marketing department) what books they’re reading, what music they’re listening to, the food and drink they’re chucking down their gullets and how they feel about whatever it is they’re doing.

This will be a boon for Facebook’s targeted ads: think McDonald’s for those always scoffing junk food and skinny jeans for Arcade Fire fans.