It’s December, year in review post time, and if Twitter’s annual round-up of tweetworthy events and hashtags from the year that was is anything to go by then it’s fair to say 2017 was a bit rubbish.

The most retweeted tweet of 2017 was *drum roll* Carter Wilkerson’s (@carterjwm) campaign to get hold of some free chicken nuggets from Wendy’s.

Yo @Wendys how many retweets for a year of free chicken nuggets?

Carter may have fallen well short of the 18 million target set by Wendy’s, but the tweet is now the most retweeted tweet of all time, so well worthy of some free nuggs.

Next up, the most popular Twitter moment of 2017, which was shared by NASA’s incredible discovery of seven new, Earth-like planets, and err, Beyonce’s pregnancy announcement.

The most tweeted song hashtags were as follows:

While the universe’s most dangerous Twitter troll, Donald Trump topped the list of most tweeted about world leaders:

Text messaging has become second nature for most of us, with 96 billion text messages sent every day in the UK alone, but it hasn’t always been that way. The world’s first text message, which read ‘Merry Christmas’ was sent 25 years ago this month, by software architect Neil Papworth.

Mr Papworth told Sky News “I don’t know if they really thought it [text messaging] was going to be a big thing,” – needless to say ‘they’ were wrong, but texting didn’t receive the immediate overnight success you might assume, it wasn’t until 1993, when SMS-capable phones become more widely available that texting really took off.

If you think you’re having a bad day, spare a thought for @davidbartlett1, Editor of the Cambridge News, who signed off on this:

Looks like Cambridge News had an eventful morning today. https://t.co/JzJF9D07NJ

In a statement, the news outlet said

“Due to a technical problem, the main headline did not appear on the Cambridge edition, although the correct one was printed in the Cambourne edition of the paper. The headline should have read ‘£2m for ‘sex lair’ school’”

… I think I prefer the original.

Instagram recently announced that the number of verified businesses using the platform has grown to 25 million – that’s up from 15 million in July. The business marked the accomplishment by sharing some tasty stats:

The company has also released a handy toolkit to help businesses make the most of their Instagram presence during the holiday season. #Ho #ho #ho.

I’ve always been very dubious of online review sites, particularly TripAdvisor, which has come under fire numerous times in the past for the high number of fake reviews it receives.

Earlier this week, Vice’s Oobah Butler did little to reverse those feelings by gaming his garden shed to the top of TripAdvisor as the highest rated restaurant in London – all achieved by fake reviews, a lot of mystique, and food made from shaving cream. He even set up a website and Facebook page for the nonexistent restaurant.

Here’s Oobah speaking to Good Morning Britain about the project: 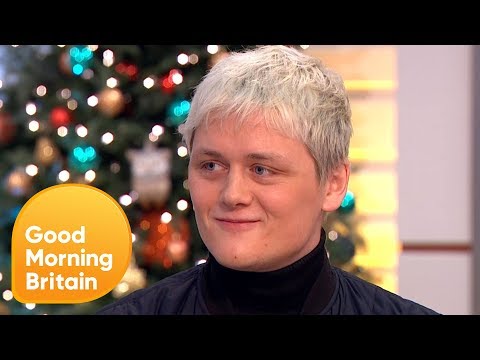