This week’s My Five is by Lisa

The much loved Google Doodle has just turned 18! N’aaaaw.

According to Google, right now:

“Doodles are the fun, surprising and sometimes spontaneous changes that are made to the Google logo to celebrate holidays, anniversaries and the lives of famous artists, pioneers and scientists.” – via www.google.com/doodles/

But back in 1998, the first ever doodle, designed by Larry Page and Sergey Brin, was a “comical message” to notify users that the pair were ‘out of the office’ and at The Burning Man Festival, just in case the tiny servers of the time crashed in their absence.

Over the years, Doodles have become more frequent and more complex, as well as including hyperlinks and accompanying search results. The first animated Doodle was Isaac Newton in 2010, closely followed by the first interactive Doodle, Pac-Man.

Doodles clearly violate those logo-consistency-guidelines (users can even submit their own ideas via proposals@google.com) but with such initiative and strategy, the concept has grown to become an integral part of Google’s identity.

YouTubers who make big bucks from their content are getting themselves in a darn tizz.

This is because YouTube apparently just tightened its advertising rules for the types of video that will be able to make money from adverts.

YouTubers are not happy and took to Twitter to vent their frustrations in a #YouTubeIsOverParty.

Who’s going bankrupt and not having any good creators after the new guidelines? #YouTubeIsOverParty pic.twitter.com/bYSY2RkFD1

A viral video of a hawk flying around with a snake in its mouth, before dropping said snake near to a family having a picnic, has been causing quite a stir this week. 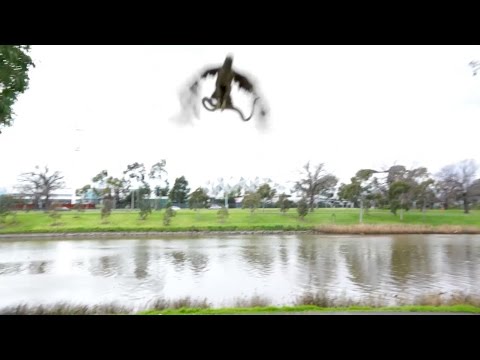 It caught the eyeballs of news outlets all over the world, and many questioned its authenticity.

Despite accusations, the guy who uploaded the video stuck to his guns, telling Huffington Post, “Yes it is real footage”. He went on to explain that his uncle had even been bitten by the serpent.

But, in a snakey turn of events, Richard Vaughan Hughes, of The Woolshed Company – an independent production studio renowned for creating viral videos – has just revealed that the whole thing was a stunt for an Australian football team. Rattled!

These figures were announced in the New York Times, following Kim Kar-trash-ian’s latest post on Instagram, in which she used #ad to promote some miracle hair pills.

TL;DR: Brands are spending big to have these celebrities praise their products to millions of social media followers, but this is raising big questions about the lack of hard-and-fast disclosure rules in place for these types of ‘relationships’.

Waiting for a flight connection is a dull experience at the best of times, but a 47-year wait is enough to test anyone’s patience.

James Lloyd from Lincolnshire was using travel website, Skyscanner, to plan a journey from New Zealand to the UK, when it churned out an unusually long-haul result.

Lloyd took to Facebook to ask Skyscanner what he should do in Bangkok to help pass the years, and rather than receiving an apologetic PR-friendly response, he was advised by employee, Jen, to maybe take a river cruise, and head to the moon bar.

The exchange earned plenty of attention and lead to many others posting similar stopover glitches from the site. Jen knew exactly how to handle it though, and even suggested one customer have a sleepover (or 17,155) at Sydney zoo.