Skip to content
You are reading: Is fandom out of control?
30th August 20132nd September 2013
fandom, Social Media, Twitter

It’s Friday night. You settle down with a pizza, a six-pack and your favourite video game. You head to multiplayer mode, looking forward to unwinding after a long week. But once you’re in the game, something feels different. You fire your virtual gun, expecting your enemy to fall, but no – it takes two shots to kill the other player instead of just one. Calmly you pause the game, open up your laptop, head to the Twitter account of the game’s designer – and send them aggressive death threats.

Seems crazy, right? But that’s exactly what gamers did when they discovered that the fire time of a gun in Call of Duty: Black Ops 2 was increased from 0.2 to 0.4 seconds. Designer David Vonderhaar was verbally assaulted by a mob of angry gamers decrying the changes, threatening the lives of him and his family. Vonderhaar tried to calm the situation, tweeting: “Not sure these fractions of seconds are worth the threats of violence.”

Yet he isn’t the only one in the video games world to be targeted so aggressively. When the public face of Call of Duty studio Infinity Ward, Robert Bowling, resigned last year the news was met with a barrage of venomous hate messages. He received tweets such as:

“Today I go out buy a sniper rifle kill you and your family sell you’re body to a convicted rapist that is also a necropheliac!”

And people wonder why the gaming community isn’t taken seriously.

But it isn’t just video games that seem to provoke such toxic behaviour. When Channel 4 aired a documentary detailing the obsessive nature of One Direction fans, these fans took to Twitter to voice their discontent in ways that seemed to only reinforce the light in which they were presented. When an as-yet unfounded rumour that the documentary caused a wildly varying number of One Direction fans to commit suicide (12? 42? 100? It depends who you ask) spread like wildfire on Twitter, Channel 4 tweeted the arrival of the film on 4OD. The fans reacted in the only way they knew how – by spouting angry messages back at Channel 4. 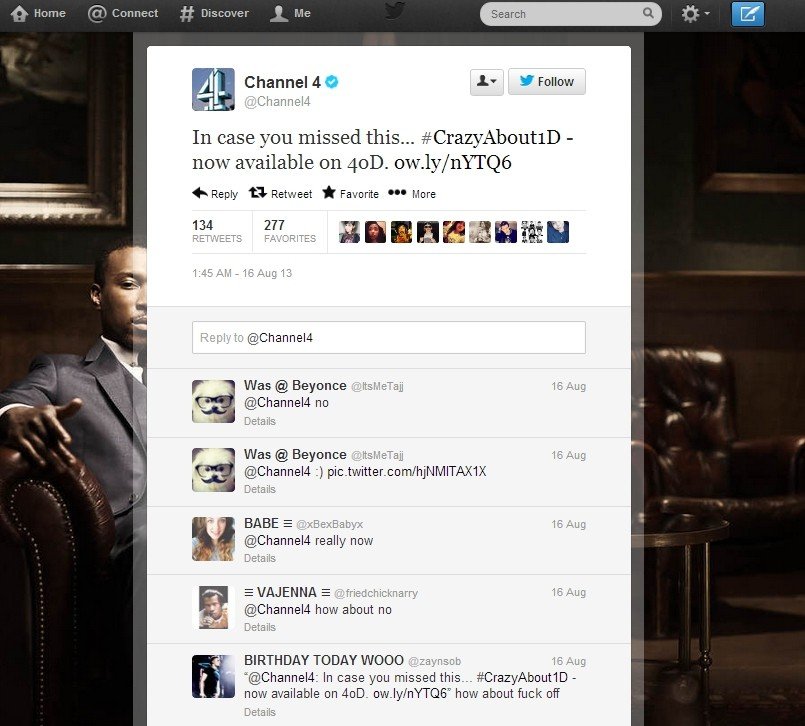 Now forgive me if I’m wrong, but a service complaint that warranted a “strongly worded letter” never used to involve death threats. So what makes fans in the 21st century act like this?

The mass hysteria surrounding One Direction has been compared more than once with Beatlemania. Fans used to faint on purpose to attract attention from the band, and hordes of screaming teenage girls accompanied them everywhere in public.

But the biggest difference between hysteric fandom in the 1960s and the 2010s is, of course, social media.

Twitter provides a direct line to people who are idolised and esteemed, allowing fans an instant 140-character passage into the lives of celebrities. When coupled with an adolescent girl whose bedroom walls are plastered with photos of her favourite boy band, this can be a toxic combination.

It used to be sufficient for fans to wait up all night to catch a glimpse of a limo with their favourite star, or sneak into hotel rooms after concerts. Don’t get me wrong, there are plenty of opportunities for fans to do this today, but previously the obsession ended there. Nowadays, you can return home from the concert and straight onto Twitter – straight into these people’s living rooms. 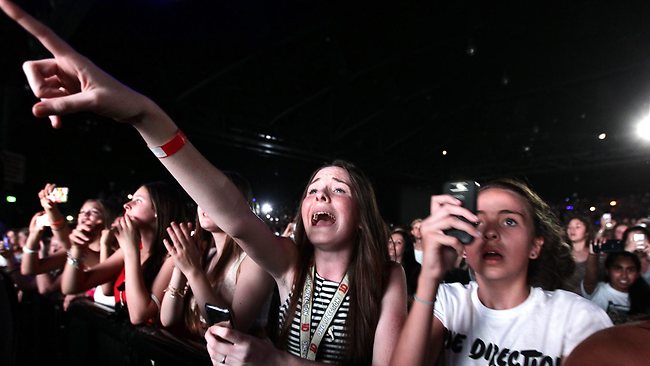 Teenage girl obsession is nothing new, but having direct access to the people they obsess over is unique, and quite possibly poisonous. Social media helps to fuel unhealthy behaviour, and the anonymity provided by the internet (or at least, perceived anonymity) breeds that which would not otherwise be considered in ‘real life’. After all, you’re just a few lines of text on the internet – it’s not like what you’re saying has any consequence, right? Hence why when Harry Styles’ ex-lover Taylor Swift opened the Grammies earlier this year she was met with an influx of death threats from angry One Direction fans – most of which can’t be printed here.

However, there are some who can take full advantage of this. The companies and marketing teams behind huge pop stars and celebrities know their fans are a force to be reckoned with. Interaction via social media is a powerful tool when it comes to promotion – especially if your brand has 15 million followers. After all, the fans are a huge source of income for the studios, and provide free advertising through digital word of mouth.

So what you end up with is a vicious circle of malice and toxicity. In the case of Directioners, fans wear their hearts on their sleeves in the sad and desperate attempt to get their idols to notice them. Social media has allowed obsession to transcend the real world and place fans in the palms of huge celebrities, fuelling their passions even further.

On the flipside, however, the direct contact, idolising behaviour and anonymity of the internet come together in a perfect storm of hatred. This brings angry messages and death threats that nobody should ever be exposed to, let alone young people. God help anyone who gets in between fans and their objects of obsession, whether it’s One Direction or Call of Duty.

So what lies in the future of fandom?

Fans, by definition, are fanatic. The behaviour of fans is nothing new, and nothing that anyone should worry about. However when coupled with social media, the ability to relentlessly and recklessly fire off death threats should at least raise an eyebrow or two. Where do you draw the line?

Twitter users today are digital pioneers. Anonymity or not, such aggressive internet use will leave a footprint. Nobody can be sure how violent online behaviour will affect these kids in the future – either in terms of job prospects, or how they interact with other humans in the outside world. We are living in a period of transition, but as long as brands use Twitter and earn their money, they are unlikely to change the way they interact with fans.

Governments are increasingly looking into monitoring and controlling cyberbullying, but when it comes to the internet there can be a fine line between protection and control. Whether it is parents, brands or users that should bear the brunt of responsibility can be debated endlessly, but what is certain is we are living in an extremely uncertain time.