Some people have welcomed it, others are dreading it, and some are thinking of boycotting the platform altogether; one thing’s for sure, Instagram’s recent decision to test a feed without visible Likes has caused uproar amongst consumers and businesses alike.

The announcement was made at Facebook’s annual F8 conference, during which Adam Moserri, Head of Instagram, revealed a range of new functions that could be added to the platform, as well as some features that could be making an exit; the Like counter being one of them.

The trial first launched in Canada earlier this year, and has now been rolled out across user accounts in Australia, Brazil, Ireland, Italy, Japan, and New Zealand, with a view to spread to other global users if successful.

We’re currently running a test that hides the total number of likes and video views for some people in the following countries:

How does it work?

Whilst the account holder will still be able to view how many people have engaged with their post and who they are, other users will simply see that the post has received Likes in general, without access to a specific number or list of usernames:

So far, Instagram’s justification for the decision has focused on the wellbeing of its users, however, the change will no doubt also have an impact on companies, celebrities, and of course, the new wave of influencers who monetise engagement through brand endorsements.

So what could this mean for brands’ social media strategies?

We take a look at how the update could affect each of these stakeholder groups and how user behaviours could change on the platform as a result.

In a recent study, the Royal Society of Public Health asked young people to rank the five top social media platforms (Facebook, Twitter, Youtube, Instagram, and Snapchat) in order of their net impact on young people’s health and wellbeing – with the most positive first, and most negative last. Instagram was voted the most negative platform, with only YouTube having a positive score.

Instagram claimed that a driver behind the decision was to protect users’ mental health and focused on the impact a Like counter has had on individuals, with Instagram’s Adam Moserri claiming that Likes can make Instagram feel ‘a bit tense’ and can ‘pressurise’ the platform, detracting from what Instagram should really be about; inspiration and connecting with others with shared interests.

In an interview on CBS This Morning, Gayle King challenged the company’s decision to disband the Like counter, claiming teenagers she had spoken to “freaked out” when they heard about the proposed update. Mosseri defended the decision, saying: “We will do things that mean people use Instagram less if we think it could keep people safe or generally create a healthier environment.”

Removing the Like counter may discourage individuals from using Like counts to validate their own popularity and self-worth, as users will only be able to compare activity with their own previous figures, and not other people’s.

As a result, we may see more authenticity in individuals’ posts, as people will be less distracted by the Like count and therefore feel more liberated to experiment with creative content rather than just delivering the same cookie-cutter material that’s raked in Likes for others. This in turn will help brands to build a more accurate customer profile and gain a richer understanding of their target audience’s true interests and passions.

Needless to say, Instagram’s announcement didn’t go down too well with the influencer community, most of whom rely on their Likes and follower count to attract the attention of brands and, essentially, win new business. 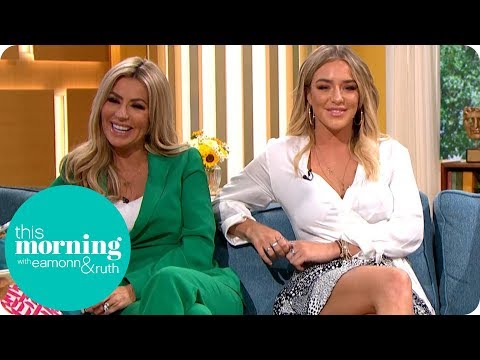 So will this move from Instagram be the death of the influencer? Unlikely, but it will make life somewhat harder for them, especially those new to the influencing world.

Without a visible Like metric, it will be more difficult for brands to quickly assess which influencer partnerships will be most advantageous. So whilst established influencers will have a healthy archive of analytics reports with which to prove their worth to brands, newbies who are still trying to build their presence may need to start approaching brands themselves.

But the validity of these metrics is, at best, questionable. With so much importance being placed on the number of Likes and followers an influencer has, it’s no surprise that there’s a lucrative black market on which celebrities and influencers can purchase engagements in bulk or joining Instagram ‘pods’ of users in which all members agree to Like and comment on each others’ activity, artificially inflating their appeal.

In fact, research suggests that more than half of UK influencers have engaged in some form of fraudulent activity such as buying mass followers, Likes, or inauthentic comments.

And you don’t have to look far to find a vender; a quick Google search for the term ‘instagram Likes’ produces the following results:

This is already a significant concern for businesses; eMarketer found ‘spotting fake followers and inauthentic engagement’ to be the biggest influencer marketing challenge faced by respondents. So perhaps by removing – or at least hiding – ‘popularity’ counters, Instagram can help prompt more transparency within the influencer business model, which can only be a good thing for both consumers and brands.

From a business perspective, the Like metric is a way of understanding how popular a post is, giving marketers an insight into what performs well with their audience and what doesn’t.

While the update won’t have any effect on a company’s own analytics, marketers may find that competitive research becomes slightly more difficult. Although they will still be able to see the comments thread on competitors’ posts, marketers won’t be able to gauge how popular the post was and, therefore, learn from others’ social media mistakes or indeed successes.

It’s likely that as Likes lose favour, additional value will be placed on other engagement tactics; replying to Stories, hashtags, comments, followers, and encouraging other users to share your content.

Doing away with the Likes counter could also have a positive effect on Instagram’s advertising revenue; with these platforms receiving little financial reward for facilitating connections. Sky News Australia has speculated that hiding the Like counter could be an attempt by Instagram to rein in influencers’ earnings. Detracting from the appeal of influencer marketing could cause businesses to rechannel funds in content creation and paid promotion, the latter of which will directly benefit Instagram’s revenue.

It’s not uncommon for social media platforms to refresh their features and algorithms in response to changing consumer behaviours and to ensure marketers and corporations are playing fairly! However, the dismissal of the coveted Like counter seems to have really rocked the boat and divided opinion. It will be interesting to see whether Instagram does make the feature a permanently change, and if it means a refocus towards creating quality content and transparency within marketing, it should be welcomed by consumers, influencers, and brands alike.