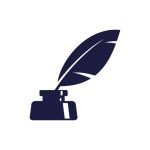 As you may or may not know, Google Places is no more – it has been replaced by Google Plus Local.

The transition was automatic, and those who had listings on Google Places but weren’t currently using Google Plus, now will be by default. Cunning.

So what are the benefits ?

Search is becoming more social, with last years roll out of Search Plus Your World, the +1 button, and more recently, author tags.

Google Plus Local incorporates all the social features of Google Plus, including hangouts, posting, sharing, commenting, photos etc. Plus users can filter results based on the number of check-ins, reviews and activity of the people in their circles.

Local listings can now be found through Google search, maps and the Google+ search interface. Venues are also viewable to those without Google Plus accounts, giving a wider visibility.

Anonymous reviews are now a thing of the past, which is arguably a good thing for businesses. One thing we web users have learned from the dreaded ‘trolls’ is that people are more willing to say things out of character when they know their real name isn’t attached, especially negative.

Google Places pages were not indexed, so they gave little benefit from an SEO perspective. Pages from most other social networks are considered ‘closed networks’ as they are not indexed by search engines.

This is not the case with Google Plus, so there’s every benefit in optimising your Plus Local page accordingly.

Whether you like it or not, Google+ now has a serious stake in search, and despite the failings of Google+ as a social network thus far, it doesn’t seem to be going away any time soon.

Are you a local business owner? Has this change affected your business? Feel free to leave a comment below.