It’s probably fair to say that stereotyping was one of the issues surrounding the World Cup 2014.

There was a pretty sizeable backlash against the girlie campaigns that assumed we wouldn’t want to watch the football and certainly wouldn’t understand the offside rule, through to the KLM gaffe regarding Mexico exiting the finals and the mustachioed, sombrero-wearing icon. 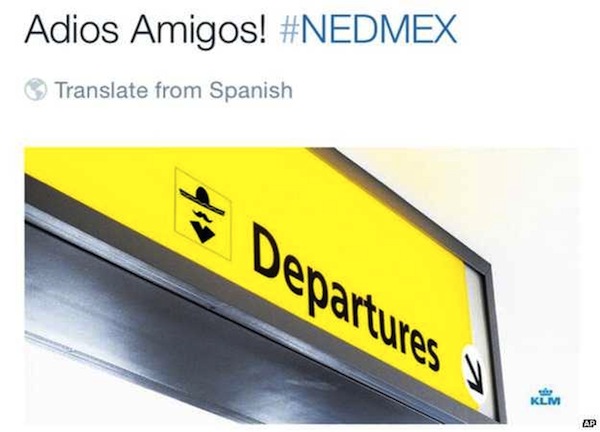 The problem with stereotyping is that it plays on the negatives of one group to the amusement of another.

Take the ‘Football, What Football?’ ads from the television companies this summer. Personally I was quite amused by them and there’s nothing wrong with marketing companies segmenting their audience and targeting men with football related messages. But, and it’s a big but, when they do that by making a fool out of their female other-halves, it starts to grate. Clearly a sexist pub joke from one England fan to another isn’t going to do any harm but when a multi-million pound company does the same, it doesn’t always work as intended.

The other problem lies in the fact that marketing isn’t 100 per cent accurate and for every marketing persona created there will be someone who doesn’t fit the mould: not every man will be obsessed by football and not every woman will be abstaining from watching.

In a world obsessed with having a voice or opinion, even those who don’t necessarily feel strongly about a mis-judged campaign could take to Facebook or Twitter. In previous World Cups the worst an ‘offendee’ could do was write to a national newspaper or moan about it around the water cooler the next day, but today the outlets are much more immediate and longer lasting and no ad exec wants to be informed by the PR department that an apology is necessary.

Whilst not World Cup related, I’m currently part way through Great Brand Blunders which includes a great example of a campaign to promote milk that back-fired in a big way. The agency, bolstered by rather dubious data about milk reducing the symptoms of PMS, created a campaign that put the focus on the downtrodden other halves of the women affected. The humour was badly judged and the campaign’s website, originally positioned as ‘your home for PMS management’, was quickly replaced by a forum to discuss the issues raised by the campaign with a note of apology from the organisation.

I’m not a bra-burning feminist and so, as I said above, I’d assumed that some of the pink and fluffy, anti-football campaigns were laced with a dash of irony and the same could be said for the milk campaign too. However, judging by the social media outpourings, clearly there are many who disagree.

There may be the odd occasion when a brand is happy to create controversy and deal with the backlash, particularly if they buy in to the ‘no such thing as bad publicity’ mantra. But you’ve got to be a very confident marketing department to deliberately expose your brand in such a way and I’d say, fairly lucky to get away with it nowadays.

Stereotyping on the whole comes down to making assumptions about a group of people, often in a negative way to the benefit of another group. Market segmentation is much more intentional, undertaken to find the common positives in a group of people’s thought processes, values or behaviours. It should begin with a discussion about why people actively choose to buy a product or service and why they choose a particular brand. These positives are a much better and more informed basis on which to build a marketing campaign than making sweeping generalisations that offend.

In short, don’t reinforce any negative stereotypes to promote another group, product or company (especially when their emotions are raw in the case of Mexico’s exit from Rio) and stick to reinforcing the positives.

Marketing doesn’t need to be devoid of humour but if you pick on a specific group, then prepare for the social media shockwaves with your company potentially at the epicentre.