The internet is now over 45 years old and has become a vital part of marketing a business or brand. Most of a company marketing budget goes on digital, with digital marketing spend to hit $118 billion by 2021. The number of digital marketing tools and channels keen for your custom are huge and deciding where to put your hard-earned revenue is a challenge, especially when your brand is at stake. So, before you begin planning your 2019 marketing, here are the digital marketing trends experts think are worth investing in the year ahead.

The rise of Google and Amazon have brought voice search devices to millions, which enable you to search and order products with your voice via digital assistants. Gartner predicts that 30 per cent of all web browsing sessions will be made by voice-activated searches by 2020. Whether this leads to Amazon ‘destroying traditional brands’, a claim made by NYU professor of marketing Scott Galloway in 2017, remains to be seen.

Mark Ralphs, Partner at Good Rebels says that voice technology and intelligent assistants like Alexa and Google’s Duplex will replace human and/or digital touchpoints on the consumer journey.

Mobile has been talked about as the next big thing for years but it looks set to come into its own very soon. A report by Google and PayPal predicts that two-thirds of UK e-commerce purchases will come via a smartphone in 2020.

‘PWA is a way of building your website on a single holistic platform’, says Ant Scarborough, director of digital at Absolute at Absolute Agency. How does it work? ‘You can search on Google as normal but can save the website to your homepage which means you can access the content offline much faster and you can push notifications to the user. It will be a big trend,’ he says.

You currently can’t make payments on a PWA but can add things to your wishlist. Online payments may integrate in the future.

From a developer perspective, you don’t need to maintain a web app and a native app (an app you download from the app store) as its all one platform. 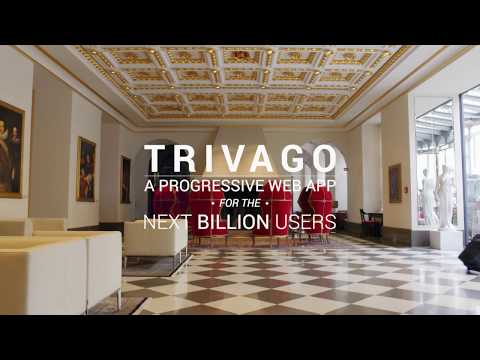 Personalisation is getting more advanced.

Companies are now generating little points of content rather than doing one huge campaign; one campaign might have thousands of smaller campaigns.

Scarborough adds, ‘If Nike was trying to sell a running shoe they would target a particular gender or maybe people who had previously bought ankle support’. Also, from an ‘on page’ point of view, cross selling is getting more advanced as companies use intel from previous orders. For example, they will push information like “Three people like you have bought these three products through a product like Nosto.”’

On Facebook you can create an audience and see what brands your audience is an advocate of, for example, if a million people have bought a bottle of water and 75 per cent of those buyers bought a particular concentrate with it, the intelligence might say more people will buy orange rather than blackcurrant flavour.

You can then tailor your digital marketing messaging accordingly.

‘Facebook, Snapchat and Instagram Stories, as well as Twitter’s promoted Tweets, will continue to work well as they don’t disrupt audiences when browsing and remain relevant,’ says Mollie Powles at Browser Media. ‘With the increased use of ad blocking technology, we’re going to see more brands move away from traditional advert formats such as pop-up banners, automatic videos and shift towards native advertising techniques that do not disrupt the user experience,’ she adds.

Brands today can no longer rely on a name or a label to sell their products.

Powles says that consumers – especially the emerging generation of younger buyers – are increasingly driven by values and this is reflected in the brands they buy into.

‘They want to know all about the products they are purchasing and where they come from, and they expect companies to be honest about these facts”.

Ashley Deibert in Forbes writes, ‘Those that have embraced authenticity and transparency (Dove, Airbnb) find consumers will do the marketing for them. Those that have fought it (Uber, Pepsi) continue to struggle to regain footing with an audience who will watch their every move, waiting to pounce when the first signs of negativity arise’.

‘Many companies are already adopting greater transparency within their marketing strategies. For example, tracing the journey of their ingredients from field to factory and responding to complaints publically via social media will continue to become all the more prevalent in 2019’.

Mobile apps will take more of a backseat in favour of chatbots in 2019.

Powles says chatbots remove the ‘hassle’ of downloading native apps which are slower and use lots of mobile storage space.

She argues that chatbots are better suited to mobile purchasing as they bring the point of sale to the customer’s screen, whereas mobile apps direct customers to products, creating a longer journey and therefore reducing the likelihood of a conversion.

‘We are already seeing shift towards chatbots for simple everyday e-commerce transactions such as ordering a pizza or a taxi and it’s estimated that by 2020, chatbots will be used in 85 per cent of all B2C interactions,’ Powles says.

Three billion images are added daily to the internet – a huge number. This growth is only going to continue, according to Abe Smith, President of EMIA of marketing platform Cision, because partly images are global and transcend language, and also due to tech advances.

He says, ‘A major retailer would want to know if people had a positive impression towards their image used to showcase a product. For example, with a ‘like’ on Instagram we can assess and understand the impact – the web cookie tells us what the user did five hours later or even five months later.

‘The retailer can track if you’re, for example, looking at an image and then visiting the M&S website and can tell you that, for example, 83 per cent of people interacting with the image are 25-year-old men in the Greater London area. As a result, companies can be much more precise in their targeting.

This article was written by Michael Somerville for GrowthBusiness.co.uk. The original article can be found here.

A brief guide to duplicate content in 2023: what causes it, what impact it has, and how close is too close.