Last Wednesday, 22nd May, Google rolled-out its latest algorithm update, named Penguin 2.0 or Penguin 4. It was reported that approximately 2.3% of English-US queries were affected to the degree that a regular user might notice.

The update was said to be targeted at webspam and will decrease rankings for sites that have been violating Google’s existing quality guidelines. This latest roll out is another update to the algorithm, rather than refresh like some of the other Penguin changes, and the update aims to reduce webspam from the SERPs and help promote high quality content.

The overall picture of the update, a few days on, is that the impact wasn’t as catastrophic as people imagined.

2. 1 in 5 shops to close as consumers move online

It has been reported this week in the Retail Futures 2018 report by the Centre for Retail Research that over the next five years one in five high street stores are likely to closed due to the growth in shopping online.

It has been reported that a third of people now do the majority of their shopping online and this is having a huge affect on our high street and could mean that in 5 years time more than 60,000 high street shops will close and 164 retail chains will go into administration.

3. Looking at the brains of marketers and leaders

There have been a couple of articles out this week looking at the brains and personalities of marketers and leaders.

Since 2005 a management professor at Arizona State University, named David A. Waldman and his colleagues have been investigating the brain patterns of successful entrepreneurs and senior managers to try and identify any similarities.

The conclusion is that there are similarities, as the people that were wired up to the qEEG machine generated high levels of coherence in the right frontal part of the brain. This is the part of the brain that is responsible for interpersonal communication and social relationships.

To find out more visit: http://www.inc.com/magazine/201306/eric-markowitz/brain-leadership-inside.html

Econsultancy also wrote an article asking: “Why are most marketers schizophrenic?” It provides some examples of such schizophrenic behaviour in marketeers, gives some reasons as to why the condition could arise and some suggestions on how to cure it.

4. The world’s first official digital games chart is launched in the UK

It was announced this week that there is now going to be an official digital games chart in the UK and it is a world’s first. It’s being launched by The Association for UK Interactive Entertainment (Ukie) and it is a compilation of PC download sales and titles that offer expansion and downloadable content.

The chart has been trialled for the past 12 months and will start off as a monthly chart of the top games, soon to be updated weekly like the charts for boxed games and combined sales.

5. If you are a fan of Carlton and DJ Jazzy Jeff from the Fresh Prince of Bel Air check this out… 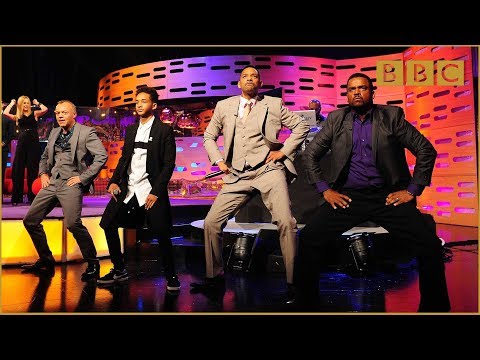