This week’s My Five is by Victoria.

UsVsTh3m launched as a Tumblr site with a team of five people in May 2013, and was one of my favourite sites; a place where I could spend hours playing awesome games such as ‘Donna Summer’s Disco Sausage Quiz’ and ‘Not-So-Super Bros’.

But then, it moved to The Daily Mirror, and for me, it was a bad move – loads of ads, no more fun games, and while I enjoyed most of the content, it just didn’t feel the same.

Now, The Mirror have announced that they are axing UsVsTh3m, along with Ampp3d. A spokesperson for The Mirror stated:

“UsVsTh3m and Ampp3d are more niche areas and have very high costs for the volume of traffic. It is therefore more sustainable for us to invest resource in an integrated digital team, focusing on the main areas of the Mirror site which have more mass-market appeal. We remain committed to digital and will continue to invest and innovate in this area, including with new roles both now and in the future. The sites will remain for the time-being”.

Something the ‘Archbishop of Banterbury’ would say, apparently.

After an anonymous user posted “BUT WHAT DOES CHEEKY NANDO’S *MEAN* IT HAS TO HAVE A MEANING*” on Tumblr, people of the UK responded to clear up what a ‘cheeky Nandos’ is once and for all. Sort of. 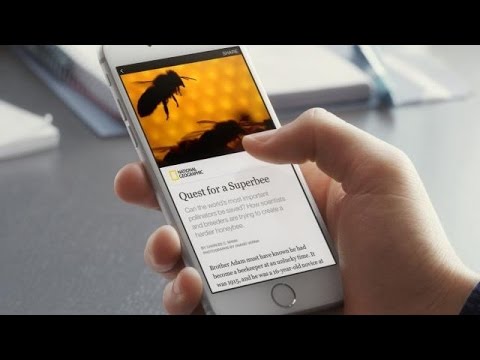 Instant Articles look great. with the added benefit of being uber fast – a must on a mobile device.

They will allow publishers to display photos and videos quickly in the Facebook app, and articles will load instantly- as much as 10 times faster than the standard mobile web.

BBC News, The Guardian and Buzzfeed are amongst the first of 9 publishers to try this out. Initially, this will only be available to users on iPhone that are using the Facebook for iPhone app.

Google has announced that it is shutting down its Map Maker service after falling victim to a number of pranks recently.

One ‘artistic’ map maker got a whole load of attention was one Map Maker user who drew the Android robot urinating on the Apple logo.

“We have hence decided to temporarily disable editing across all countries starting Tuesday, May 12, 2015, till we have our moderation system back in action. This will be a temporary situation and one that we hope to come out of as soon as possible.

“While this is a very difficult, short term decision, we think this will help us get to a better state faster. More importantly, we believe it is simply the right thing to do to all of you, our valued users who continue to edit with the hope that your changes might go live as fast as you’ve been used to.”

If you fancy partaking in some illegal gambling this Friday afternoon at work, why not place bets now on this mesmerizing marble race?