Today sees the (sort of) launch of the Apple watch. Only sort of because of the incredibly convuluted pre-order system which I still haven’t worked out. No doubt the apparent hurdles that Apple have placed will make no difference and there will be queues of people happy to jump over them.

To be honest, I have absolutely no interest in getting the Apple watch (the new Macbook is another story altogether, I need one of those) but I was very interested to see the Verge’s Apple Watch review, which is quite possibly the best review that I have ever seen for any product.

A really engaging read with many very creative touches (e.g. the battery meter) and well worth visiting even if you have no interest in buying the Apple Watch.

2. What can Don Draper and Roger Sterling teach us?

I am a Mad Men fan. Whilst I have to admit that some episodes are fairly dire (writers guild strike?), I often find myself reflecting on our industry and my mission to create a truly excellent agency.

I therefore very much enjoyed the ‘10 lessons from Mad Men on running an agency‘ post on Econsultancy. Some classic quotes and some good analysis from Stephen Waddington.

It won’t mean much to you if you have never seen Mad Men or haven’t experienced agency life, but it is definitely worth a read if you can tick either of those boxes.

3. What skills do you need to be good at SEO?

I have written a fair amount about the death of SEO and what skills we digital marketers need today (and beyond) so was interested to read http://searchengineland.com/generalists-vs-specialists-seo-214695 this week.

It is a really good read and thought provoking. I would absolutely agree that a successful blend of tech and creativity is a rare breed.

The answer? Do not rely on a single person / brain but use a team to ensure you have all the right skills on tap. Of course, if you need such a team, you know where to come!

Not for the first time, the rumour mill went into overdrive with speculation that Google is about to buy Twitter.

The news added over £1bn to the value of Twitter on Tuesday.  A big number, but the whole story is riddled with mind blowing numbers.

Let’s not forget that Twitter is less than 10yrs old and doesn’t do a lot other than allow people to post 140 character messages online. I wouldn’t even call it a micro blogging platform – more nano than micro.

It does, however, boast over 288 million monthly active users and has a market capitalisation of over $34 billion. Google has over $60bn in the bank, although this is mere pocket change compared to Apple’s reported $178 billion

Mega numbers and there is no doubt that it would be a big deal if it happens, but I won’t be holding my breath.

I always enjoy GoPro videos and have an urge to give wingsuit flying a go, so enjoyed this latest offering from GoPro (skip to 47 seconds if you are short on time but want to see some fairly mental flying): 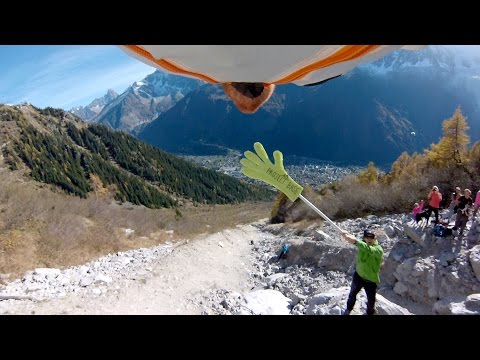 Have a great weekend everybody!