1. Google Announces the top searches for 2014

Every year Google tells us what we have been searching for most throughout the year and 2014 is no exception.

Number 1 was searches regarding Robin Williams and his shock death in August, followed by the World Cup and people looking for information about Ebola.

Google also released a pretty nice video about what these searches say about us: https://www.youtube.com/watch?v=DVwHCGAr_OE

2. Barclaycard allows customers to pay for things with their gloves

It has been revealed that Barclaycard are trying a new way to pay for items up to the value of £20 – contactless woolen gloves. The gloves are being trialed over the Christmas period in several stores, and will allow shoppers to ‘tap and pay’, Barclaycard said.

The gloves have been designed so that shoppers can still use their smartphones whilst wearing the gloves, as they are touchscreen-enabled, as well as use them like a credit or debit card. The gloves have a bPay contactless chip embedded in them so that they can be used to pay for transactions of up to £20.

3. The hex colour of the current time

Have you ever wondered what hex colour it is at this current time? Well now you can find out with this quirky tool: http://whatcolourisit.scn9a.org

4. A Christmas gift that was truly poo…

Last week Cards Against Humanity sent 30,000 people a box of bullsh*t, literally, that they charged them $6 for, in rebellion against Black Friday.

In protest against the drama of Black Friday the company took all the products off its site, to only offer ‘bullsh*t”, which sold out in hours and the purchasers were sent actual boxes of poop! 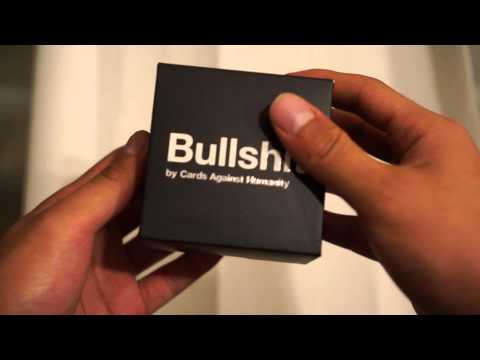 On the bright-side the company made 20 cents on each sale and did give those profits to charity, Heifer International, a charity that aims to eradicate poverty and hunger by providing livestock to developing communities.

5. We may now see warnings if a site isn’t using HTTPS

Google is now thinking about providing users with a warning now every time they visit a website that isn’t using HTTPS.

The idea was suggested by the developers working on Chrome and the proposal was warmly received to start with but it has since been suggested that it could cause confusion to the user.

The warning would consist of a pop-up when people visited a site that used only HTTP to notify them that such a connection “provides no data security”.

At the moment about 33% of websites use HTTPS, according to statistics gathered by the Trustworthy Internet Movement, so it was argued that letting users know that a site is insecure could encourage more sites to move to HTTPS.