I am not really a massive football person. I enjoy a good game and have been known to dabble (with no success) in Fantasy Football in the past, but I feel that the sport has lost its soul.

This week saw a transfer that has redefined the market, as Neymar paid his 222million Euros buy out clause to move to Paris Saint-Germain. He will be stupendously (over)paid and I shudder to think what this means for the transfer market.

Personally, I think that they got the wrong man. I found this video this week and believe that they missed out on the next Roberto Carlos?

I make no apologies for being a remoaner. Although I accept that I don’t really understand the full economic ramifications of leaving the EU, I am not sure that anyone does. I still feel a bit bruised over the issues that the referendum seemed to be fought on.

Not only did this week see some sombre mutterings from the Bank of England about growth forecasts, we were subjected to this front page:

This has, quite rightly, caused a bit of a stir as the paper spent most of the referendum campaigning about how our borders were open wide and how little control that we have.  You demanded stronger border controls and, surprise surprise, you now moan when you see that it affects your holiday (which is also much more expensive thanks to the weak pound).

Ho-hum, no doubt this is just the start…

3. Thank you very much

This week saw Prince Philip, Duke of Edinburgh, bow out of public duty:

Whatever your views on the Royal Family, I hope you will agree with me that Prince Philip is a legend. Not only has he loyally stood by his rather famous wife throughout four decades of royal duty, he has given us endless amusement through his well known gaffes.

I think that, at 97, he deserves a well earned rest and I hope that all the journalists prepping to announce his death (yes, it happened again this week) will have a long wait before it won’t be an error. That will be a sad day.

4. How is machine learning changing SEO?

Artificial intelligence (AI) / machine learning is all the rage these days. I even talked about it when chatting to Phrasee a couple of weeks ago, so am guilty of adding to the hype.

I have seen a few AI related news pieces this week but was interested to read https://www.searchenginejournal.com/machine-learning-seo/208415/ yesterday.

It is a good article and interesting reading, although you could argue that it is just throwing fuel on the ‘machine learning’ fire as the key takeouts are that you should ignore search engines and focus all efforts on creating the best user experience.  Have a read and see what you think.

5. The future of travel

There is a lot of talk about the future of travel at the moment. There is no doubt that we need to work out an environmentally friendly way to get around and we should embrace any initiative to work out how to curb our reliance on petrol.

Elon Musk (of Tesla fame) is a man on a mission to redefine transportation on earth and in space. One of his futuristic visions is the ‘Hyperloop’. A quick trip to Wikipedia will tell you that a hyper loop “incorporates reduced-pressure tubes in which pressurized capsules ride on an air bearings driven by linear induction motors and air compressors”.

Complex stuff and there is quite a bit of debate about whether it is as good as Elon claims, but this week witnessed another step forward in its development as it hits speeds of 192mph in testing: 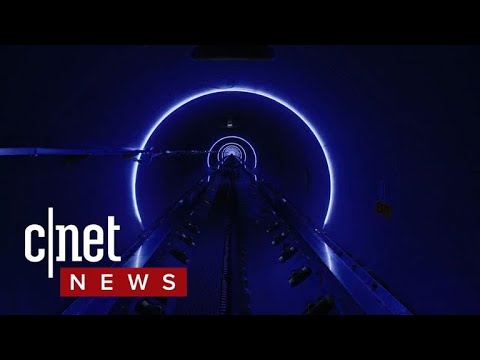 A glimpse of the future?

Have a great weekend.