A new study by Vistaprint has revealed that Spruce Springclean, a carpet cleaning shop in Cornwall, has the best small business name in Britain. Portsmouth-based locksmith Surelock Homes, and London-based wine bar Planet of the Grapes followed in second and third respectively.

Good names, sure, but they’re no match for Bristol-based kebab truck Jason Donervan, which for reasons I’ll never understand ended up way down in 18th place.

You can check out the top 20 list over at Smallbusiness.co.uk.

2. Everyone is freaking out over Snap Maps

Snapchat has released a new location feature that allows users to track each other’s exact whereabouts in real-time. Given Snapchat’s predominantly teen user base, this has raised a lot of concerns amongst parents and carers, schools, and child safety groups.

“Given how specific this new feature is on Snapchat – giving your location to a precise pinpoint on a map – we would encourage users not to share their location, especially with people they don’t know in person.”

Snapchat has stressed that location sharing on Snap Map is an opt-in feature that can be switched off at any time, but given the nature of the concerns, I doubt this will do much to ease the minds of worried parents. Stay safe out there, kids.

Earlier this week at Wimbledon, this happened; 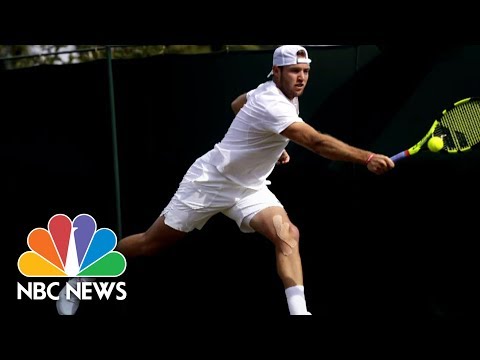 The towel, thrown into the crowd by US tennis player Jack Sock (real name) was seemingly intended for a young fan, but was snatched right out his hands by a man who clearly has an affinity for sweat-drenched towels and sad children. The internet caught wind of this, and said man and his identically dressed accomplice instantly became the most hated couple in southwest London.

If  ur the bloke in the blue polo shirt and hat, you should be ashamed…… https://t.co/KlZ250NCQP

BUT, all ended well and the boy probably now has more towels than he can shake a tennis racket at.

If you find out, we’d like to send him a #USOpen towel. @AustralianOpen, @rolandgarros, maybe send one of yours as well for a Slam sweep?

Good on ya, tennis.

LEGO has a reputation for turning out some of the best visual advertising around, and the brand’s latest campaign is no exception. Designed by Ogilvy Bangkok, the award winning ‘Build the future’ series shows a bunch of kids literally building their future careers from LEGO pieces.

Head over to Adweek if you want to find out more.

With the UK on the brink of recession, businesses are looking for ways to cut costs. Here are 5 reasons your brand should continue investing in marketing.

Google will soon be placing ad extensions under the ‘Assets’ umbrella. Read on to find out what that really means.

We take a look at the key takeaways you need to be aware of from the 2022 Google Search On event and what this could mean for marketers.