Just in case you’ve been living in a media-free bubble recently, on Saturday afternoon England beat Sweden 2-0 in the quarter-final of the World Cup. For the first time in 28 years, England have made it to the final four teams in the Fifa World Cup – longer than most of the national’s team members have been alive – so the blow of the final whistle on Saturday afternoon left the nation ecstatic as football took another giant step towards home.

Whilst most fans rejoiced merrily but respectfully with friends and family, some with fewer brain cells decided to celebrate by ransacking an Ikea store in East London, jumping on display furniture and destroying stock in the process. 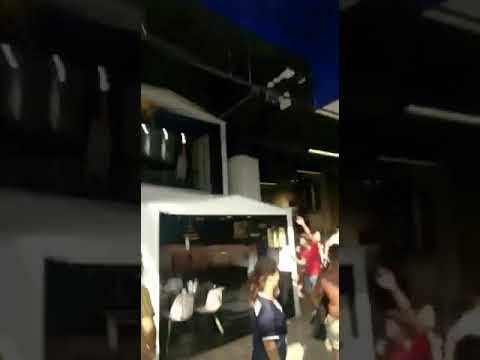 The footage of said idiots went viral online and whilst thousands took to Twitter to express their disgust and outrage at the ridiculous stunt, Ikea’s marketing team grasped the opportunity for some reactive social media promotion.

We are aware of a small group of fans celebrating the match result in one of our stores. Being both British and Swedish, we were on the edge of our seats during the game and we would like to say ‘grattis!’

(that’s congratulations in Swedish) to the England team for getting through the semi-finals. In celebration, we’ve put one of our nation’s favourite dishes, fish and chips, on offer for just £1.

Such a gracious response to having one of their stores vandalised was the perfect way for Ikea to manipulate an awful situation into digital marketing gold, not only demonstrating the company’s sportsmanship but also the brand’s humility – and the crowd went wild.

Me looking at people congratulating #IKEA on their response and not condemning the ‘tubes’ causing a mess the store workers will have to sort out pic.twitter.com/GhnjelPAPQ

England won the game, but you won the day. ?

It’s too soon after the fact to know if this act of Twitter genius will have an effect on sales, but their subsequent tweets have been generating very healthy engagement.

What a match! Congratulations @england on their win this afternoon. Head in store tomorrow to get £1 fish and chips to celebrate! https://t.co/4pCsMCi9py pic.twitter.com/qNw3wMOrzz

In other social media news, members of Millwall Supporters Club have created a JustGiving page to help fund the repairs to a St John’s Ambulance emergency response vehicle crushed by a different group of morons in London on Saturday following the match. The page has already raised over £6,000 marginally restoring our faith in humanity.