Hello again, and welcome to the next installment of my monthly round-up of Google AdWords updates. And because I’m nice, once again I’ve also chucked in some bonus PPC news from other platforms that you may have missed.

Actually, this month you get October and November rolled into one, because it’s been pretty yawn over the last few weeks. Regardless, let’s soldier on. Promise you’ll hold out for the dog pictures if nothing else.

1. AdWords focuses on hints and tips for advertisers ahead of the holidays

With the final payday before the festive period fast approaching for most, Google has been pushing advertisers to get their paid search strategy in tip top condition for Black Friday and beyond. In fact, since mid-October, this is pretty much all they’ve been harping on about.

By far the biggest area they have been providing advice and guidance for is Google Shopping, not just to drive online conversions, but also to drive footfall in store with localised targeting.

Here’s a rundown of the top tips from an array of blog posts, most of which are only suitable for bigger brands, those with an on and offline presence, and significant budget:

For advertisers who don’t have millions to invest, they did include some other tips to help boost conversions.

This is something that every advertiser with a physical location should be offering, along with call extensions and message extensions. All three extensions are great for small businesses.

This extension is super handy – especially for Black Friday and Cyber Monday promotions. If you have an e-commerce site and are running Search text ads, go set this up NOW. 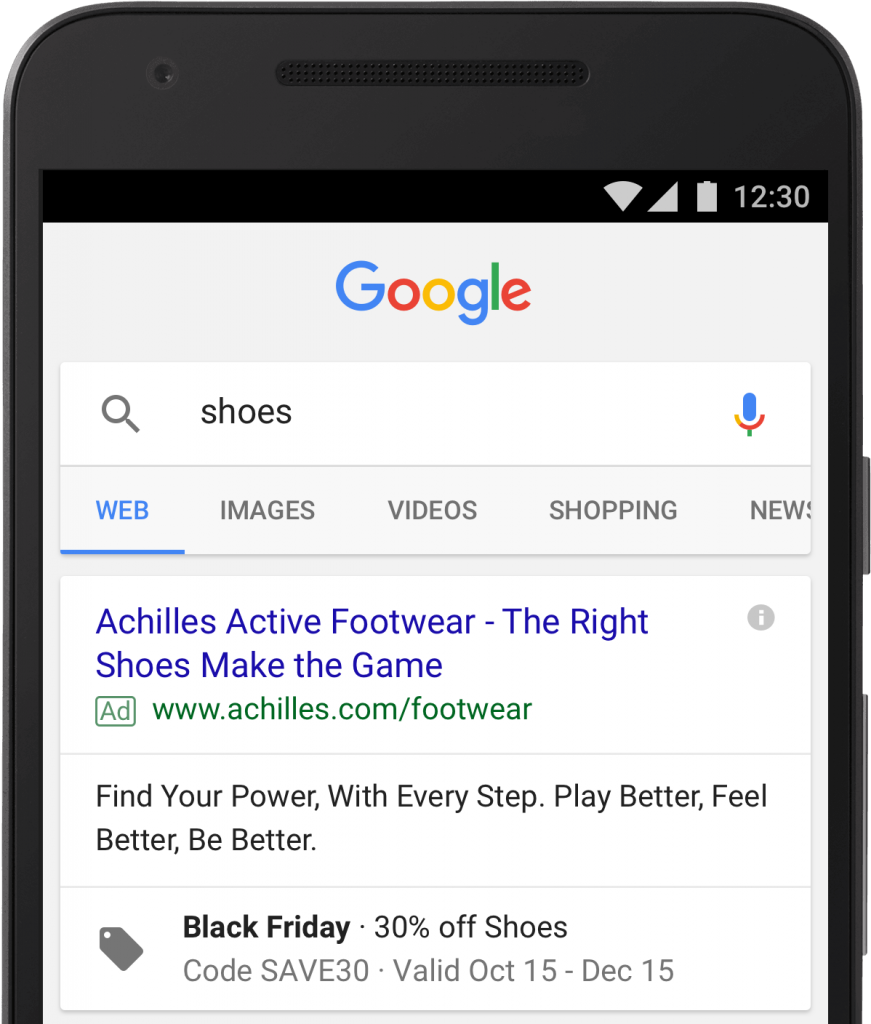 Google has released a report on Black Friday shopping trends. If you stock Vans, Canada Goose, Nike Air Jordans, the Nintendo Switch, Razer phones, Call of Duty WW2 or anything endorsed by a celebrity, you might want to consider getting your inventory as well optimised as possible, cause that’s what’s gonna be hot this year, apparently.

Gone are the days when you could optimise ads for clicks, or conversions. As reported back in August, you are now left with two options – Optimise or Rotate ads indefinitely.

So now that this has been forced upon us for a few months, what impact, if any, has it had?

Well, this chap from Google suggests that you abandon traditional A/B testing of ads altogether, set it to Optimise, and then:

Test an ad group with one ad (A) against an experiment ad group with four ads (A, B, C and D) with rotation set to optimized. You can use drafts and experiments to create these two versions. That way, you’re testing to see whether or not more ads result in more impressions and clicks at the ad group level.

Keep in mind, though, that the whole point of the optimized setting is that you don’t need to test ads A and B against each other anymore. Those two ads now work together instead. As a result, you don’t need to discard ad text that has a “losing CTR.” Instead of choosing the winning option A and making the losing option B leave town, you should plan on having options A, B, C and D all active at any given time. Delete stuff whenever an ad stops seeing a large fraction of the impressions and therefore generates minimal to no clicks. Then add a new ad to the mix. It’s better to have options.

Cool. If you want to read the full post on how testing ads is now super confusing, here it is.

As you clearly will want to A/B test ads, thankfully, Google has added a new feature in drafts and experiments called ‘Ad Variations’. This will allow you to test ad copy and display URLs, running them until one ad reaches statistical significance.

I suppose when I think about it, the ad rotation used to suck pretty hard, so some ads would be shown way more than others even when the ad rotation was set to Rotate evenly. With that in mind, this new feature could actually be a way more accurate way of seeing what appeals the most to users.

Wouldn’t it be great if your display ads could actually be shown to people that actually want to buy your products, rather than showing on any old crappy websites on the GDN? Well, custom intent audiences – another new AdWords interface exclusive – sounds like it provides a solution.

According to Google, custom intent audiences target “people who want to buy the specific products you offer — based on data from your campaigns, website and YouTube channel.”

Basically, processing tracking code (the tracking URL, AdWords click tracker and any redirects) can slow a page down, particularly on mobile devices, where people are less likely to put up with adding a few extra milliseconds to view a URL.

Parallel tracking works by processing the tracking URL, the AdWords click tracker and possible redirects in the background while the user goes straight to the landing page, and can shave seconds off load time even on poor connections.

Previously only available in the Google Analytics time lag report, AdWords has added a new report that shows advertisers how many days it takes users to convert after the initial ad click.

This is super handy for big ticket purchases that are less likely to convert on the first interaction, and great for PPC managers to demonstrate that while ad clicks may not result in conversions straight off the bat that paid is still an important channel in the funnel.

Because there *are* other paid search options…

Some more exciting updates for you all – yeeee!

Pinterest can be a great driver of referral traffic for brands, and recognising that this can be monetised a treat, Pinterest Ads Manager is now open to all businesses who have opened an account and uploaded at least one Pin.

Judging by the run down over on Search Engine Watch, Pinterest Ads Manager could be a great way for brands that are just starting out on the platform to expand their reach as well as driving direct sales straight from their pins. Want to get started? You can set up an account right here.

Facebook stated last month that they had this issue resolved thanks to more robust review policies but, turns out, they haven’t with advertisers still being able to exclude certain groups when setting up targeting for housing ads.

A new ProPublica report shows the publication bought housing ads recently — and was still allowed to block groups including African Americans, people interested in wheelchair ramps, Jews, and Spanish speakers from seeing it. Most ads were approved within three minutes, except for an exclusion for people “interested in Islam, Sunni Islam and Shia Islam” which was also eventually approved.

For Facebook to serve targeted ads, a study finds.

It’s a pretty interesting read, if you’re worried about your personal data being monetised FOR EVIL. Or to show you ads of shoes you might like.

In more positive Facebook news, they’ve rolled out some snazzy new ad products for the auto industry. If you are in that sector and want to shift some motors, I’d suggest you look at it over here.

Apple Safari’s new Intelligent Tracking Prevention is causing headaches for marketers who use cookies to track conversions and utilise remarketing by making the cookie expire after 24 hours.

This means that all is good in the hood for the first 24 hours, so if a user visits your site you can retarget them with GDN remarketing ads on other sites but as soon as that 24 hours are up, cookies that track cross-domain behavior will become dormant. And that means no more remarketing fun for you.

Make sure you link your Google Analytics and AdWords accounts or make updates to your Bing Ads UET Auto-Tagging, to prevent this from being an issue!

Small businesses can now use Twitter to automatically promote Tweets to a bigger audience. The package, named ‘Promote Mode’ costs £99 per month, and aims to increase followers and get your message in the eyeballs of more people.

This may work for smaller brands, but as pointed out by AdAge, more established users and brands are unlikely to see a huge uplift.

I’ve not had great results from most LinkedIn ad types (with the exception of sponsored posts targeted to Groups and job titles), so would be interested to know if anyone has tried these out and found them to work.

Snapchat is trying to fill the huge Instagram-shaped hole blown out of its ad revenue by launching some new features to pull brands back.

The latest is ‘audience filters’ which allows brands to target based on interests, time of day, age, gender and other technical criteria rather than just geolocation.

Quaker Oats tried it out. I don’t know how it went as this article doesn’t divulge any details on performance, but I don’t get why you’d share a Snap of you with some porridge wafting about under your chin up to three times a day. But hey, what do I know? 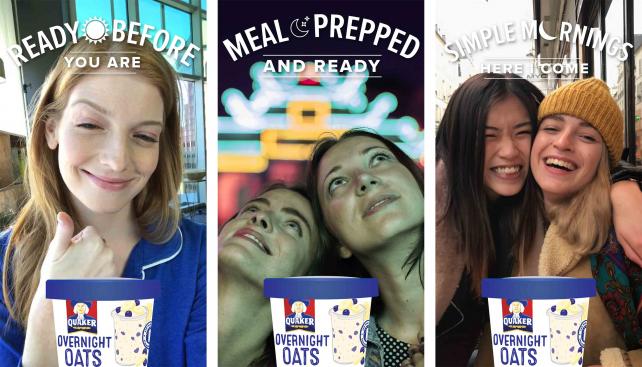 Happy Thanksgiving to our friends across the pond! I don’t know what it entails but I did get to see Donald Trump pardon a turkey. And thanks for sticking with me – enjoy your reward. 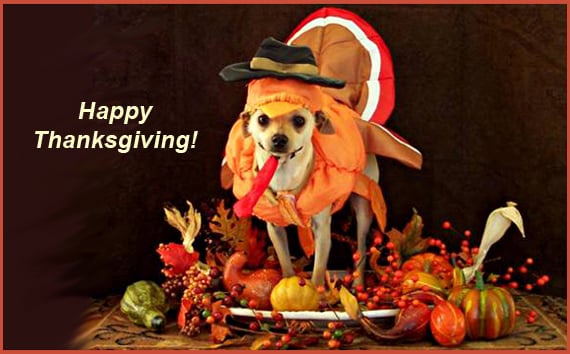 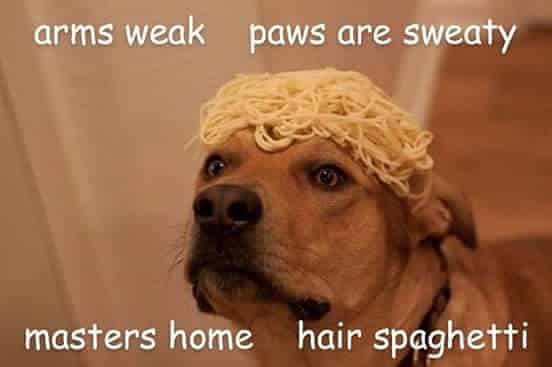 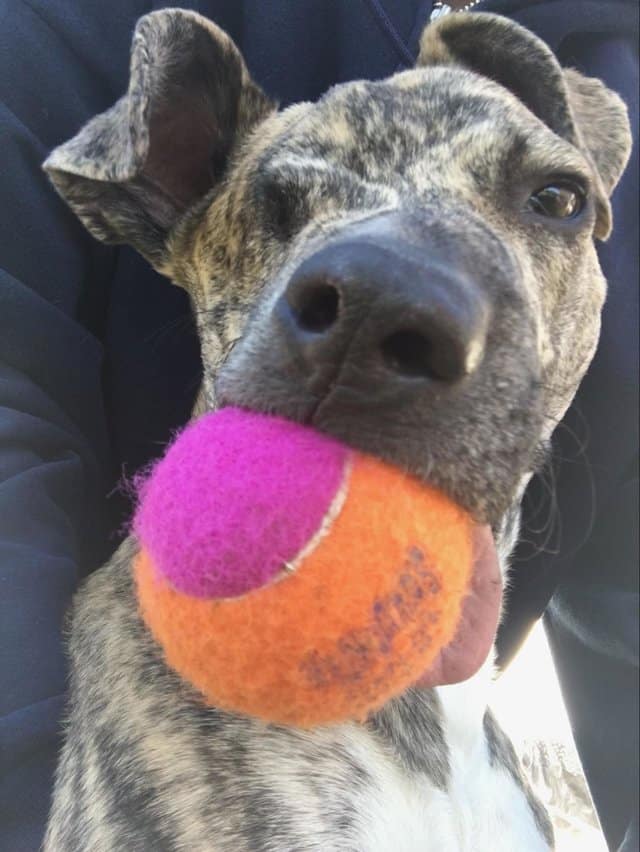 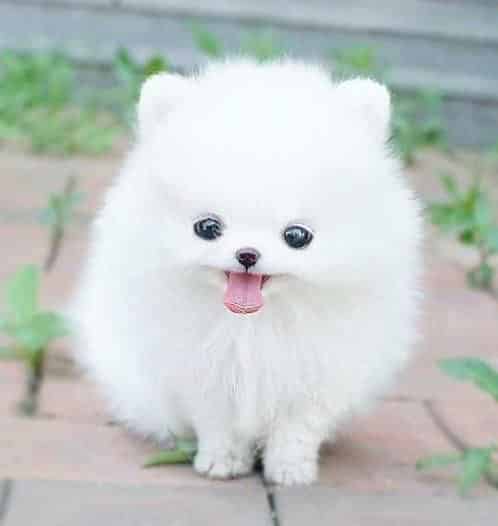 p.s. I really like pictures of funny/cute/stupid dogs, so feel free to Tweet them to me @VikingWagon (or to get in touch if you have any questions or comments on these updates too, I guess).