Greggs, the high street bakery chain, was on the receiving end of a potential social media disaster earlier this week, when a fake (and a bit offensive) version of their logo appeared on Google’s front page.

Greggs reacted to the situation as any bakery chain should in such instances. With doughnuts.

Greggs has turned this into a massive win for themselves, and I think it’s fair to say the press coverage they’ve received off the back of it more than makes up for any embarrassment caused.

You may remember a similar logo-hacking incident involving PC World earlier this year, which raises the question, who’s next? Predictions on a postcard please.

2. Step away from the ice bucket

I’m sure you all remember the ‘no make up selfie’ fad from a few months back, which involved girls posting warts-and-all photos on Facebook and Twitter in exchange for compliments from their peers? And neck nominate, where teenagers downed potentially lethal vodka & Toilet Duck cocktails for cool points?

Well the ice bucket challenge is kind of a combination of the two, except incredibly it’s even more irritating.

Until today I had no idea why people were doing it. Turns out it’s all in name of charity; people tip a bucket of ice water over their head, then nominate others to do the same. If said nominees turn the challenge down then they’re encouraged to donate some cash to charity. How very noble.

I’m all for fund raising, but can we please stop with this self-congratulatory nonsense and stick to fun runs and sponsored silences please.

On the subject of social media fads, I feel like desk safari deserves a mention in this week’s My 5. Not because it’s annoying, but because it’s hilarious.

An honourable mention to our friends at Brandwatch for their desk safari tweets this week – superb effort.

4. The art of persuasion

Building quality links is not easy – it’s a process that requires time, thought and a bit of persuasion. An article written by Jon Ball for Search Engine Land – Link Building: The Art of Persuasion – offers some great tips in relation to the latter of those areas.

…and this time he’s brought along a Shark-Baby. 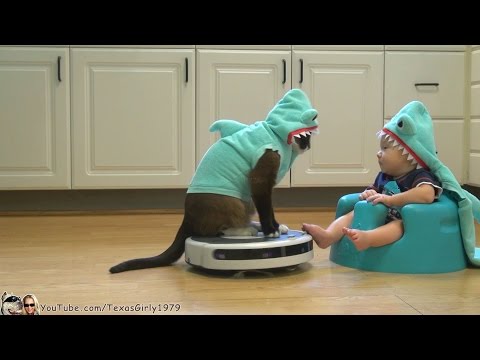