As with all big events that happen across the world, there has been a lot of talk about the World Cup tournament on social media. 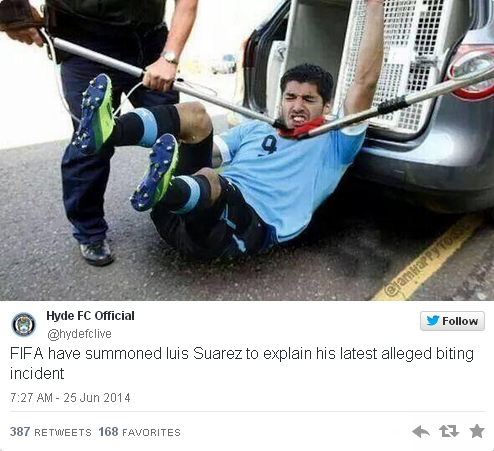 2. Is data the reason Germany won the World Cup?

The German football association have teamed up with the SAP, a software development company, to create an app known as Match Insights.

The app uses video footage of the teams playing, then analyses it and transforms it into simulations and graphs that can then be viewed on tablets and phones to help with their pre-match preparation.

To be honest, I’m just glad that they won as I had them in the Browser Media World Cup sweepstake!

The change is aimed at making it quicker and easier to manage your location extensions, as they will no longer need to be manually edited for each campaign. They are now added at account level and AdWords automatically displays the relevant business location in each of your campaigns.

Newsle is a language processing machine that finds blogs and articles that mention you or your colleagues, bosses, industry thought leaders, etc. and notifies you seconds after they’ve been published.

Ryan Roslansky, Head of Content Products at LinkedIn, said: “We’re excited to work with Newsle’s team to combine this technology with our core assets and build experiences that continue to make you and millions of other professionals more productive and successful.”

Germany’s Federal Cartel Office has produced a document outlining ways to harness the power of Google and other large tech companies.

One of the suggestions is to govern it like we do the utility companies which would give the state more say with regards to advertising pricing etc.

For more information read this.