When it comes to writing website copy, it’s easy to get bogged down in keyword research and forget about what really matters, actual people. I took great delight in reading Ben Davis’ latest post on Econsultancy, in which he examines The Natural History Museum’s exemplary copywriting style on their new online store. Have a read, you won’t regret it.

A nice roundup of how the internet reacted to Germany’s record breaking 7-1 World Cup semi-final win over Brazil.

Put your geography skills to the test with Google’s new ‘Smarty Pins’ game. I’ve tried it, it’s quite good, unlike my geography knowledge, apparently.

Apple’s iTunes App Store turned six yesterday, and what a six years it’s been: the service now offers 1.2 million apps which have been downloaded 75 billion times.

Sounds impressive, but a recent report by mobile analytics company Adjust suggests that almost 80% of those apps are basically dead, or receive hardly any attention. Adjust calls these apps ‘zombie apps’.

Furthermore, the number of these so-called zombie apps is on the rise, with numbers steadily increasing since 2013.

With this trend set to continue, developers need to come up with new and creative ways of getting their apps found, in what is an extremely competitive environment.

It might not be new-new, but if you haven’t seen it already, this video of a drone carrying a GoPro into the middle of a firework display is very cool. Watch in HD for full awesomeness. 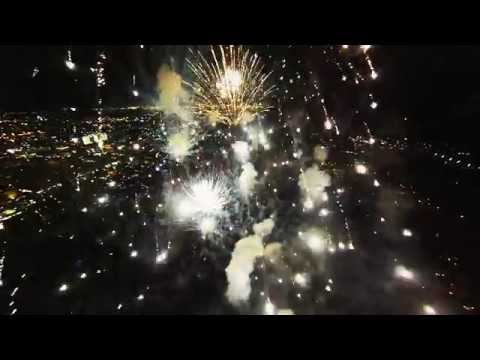