As an annual visitor to Pembrokeshire, South Wales, I love the wide unspoilt and unpopulated coastline. However, it seems that Wales is falling significantly behind England and Scotland in terms of tourism. The BBC reports that Visit Wales’ spend is far below that of Visit Scotland, which is having an impact on visitor numbers.

Therefore I read with interest that the new .wales and .cymru domains are going to be available shortly. The Welsh government is already on board and many other organisations and businesses are going to follow suit, hoping that a country-specific domain will have a positive impact and in turn, help promote Wales to the world.

A shiny new domain name will not turn an unsuccessful business around but perhaps it will encourage more Welsh businesses to review their sites and apply successful digital marketing tactics to improve their performance.

Here’s hoping my spot in Wales doesn’t get too overrun with holiday-makers.

On a similar note, Google is apparently testing a new domain name registration service to take on the likes of GoDaddy.com, 123-reg.uk and names.co.uk. Its offering, currently limited to invite only, seems to be similar to that of other registrars. It will obviously be hoping to capitalise on its existing monopoly of search engine results but at present, it’s too early to tell what impact the new domains such as .guru .uk will have on results.

For now, companies buying up these sorts of domains seem to be more concerned with brand protection to stop others purchasing them, rather than to actively use them themselves. Google’s foray may change that. Having said that, not everything Google does turns to gold and it often pulls out of a marketplace if it isn’t making progress fast enough.

The roar of England’s three lions may have been rather subdued but everyone watching the Uruguay Italy match must have been yelling at their television screens when Luis Suárez took a chunk out of his Italian opponent. 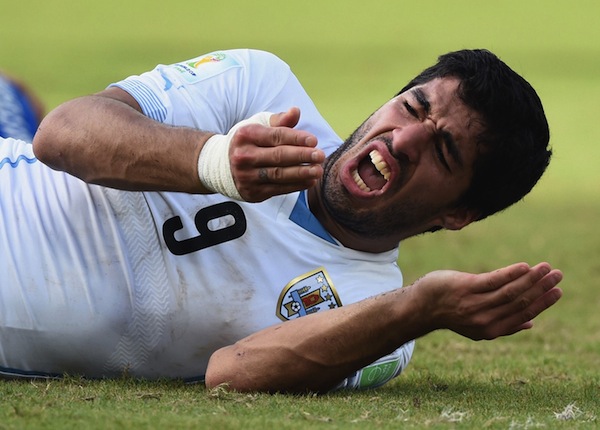 There have since been upwards of 2 million tweets. I mention this because I just love the power of the internet. In pre-21st century World Cup Finals, newspapers would have reported the story to us and we, as passive readers, would have digested the facts. I love the public outpouring at times like this and I’m glad this outrage has been mirrored by FIFA’s nine match ban.

Similarly, some big brands tried to get in on the Suárez act and whilst some were funnier than others, most were just appallingly desperate. Why associate your precious brand with this type of behaviour?

In what seems to have been a fairly BBC influenced My 5, here is something to make you smile: the BBC News App sent out two strange and not-very-BBC-like news alerts, which it later admitted was a testing error. As Yahoo said, it would have been great SEO content, had it actually been true! Proof that an interesting headline does get noticed. 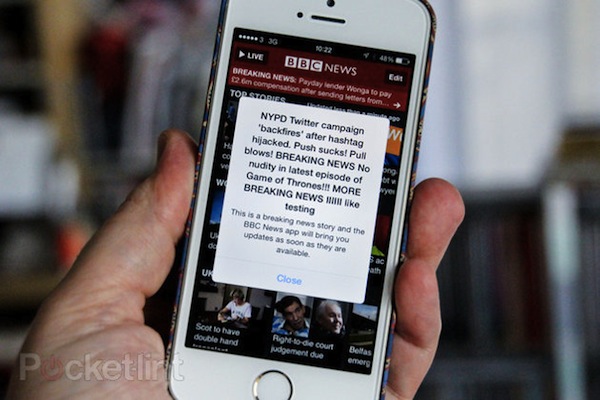 Good news from Google Search Console saves this week’s My Five from being fairly ragey against all sorts of machines.