1. Thumbs up for responsive and relevant tweets

Although I’m mildly irritated by tenuous World Cup links, I was impressed at the rapid response to Rooney’s goal in the England – Uruguay match. Although I have my suspicions that social media bods at Aldi and M&S had their fingers hovering over the ‘tweet’ button at least the tweets were both responsive and relevant.

and Aldi with the following (yet a little cheesy) tweet

Google “World Cup Results” and it may surprise you to see that the search results are largely free of ads on Google.com. FIFA have imposed strict trademark protection on terms like “FIFA”, “Brazil 2014” and “World Cup”. Instead, users will see a refreshingly simple page called OneBox. OneBox is an easy-to-digest area offering information on matches, groups, results and more. 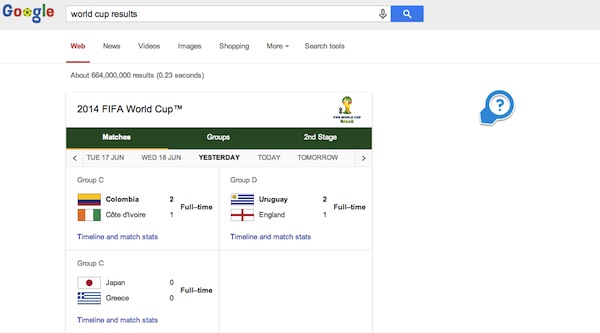 Whilst Google’s current policy allows users to bid on competitor’s keywords, Google has blocked ads from appearing on all searches for third-party trademark terms. Don’t worry though, corporate giants like Coca-Cola won’t be affected as official sponsors of the world cup, they have been granted special exemptions.

At the risk of Google losing too much money users will still be able to see ads if they use shopping related search terms.

Thursday 19th June 2014, 9am millions from across the world were faced with this message from Facebook…

“Sorry, something went wrong. We’re working on getting this fixed as soon as possible.”

So everyone took to Twitter, obviously. The outcome? Some pretty witty tweets of course. Here are some of my favourite… 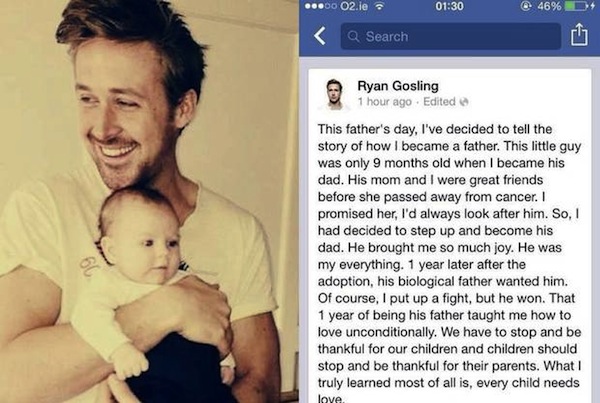 …Just when you thought Ryan Gosling couldn’t reach a higher level of perfection, he throws in the baby. Now I’ll be the first to admit that I fell for this one, along with nearly 1 million other Facebook users. And like so many things in life – if it’s too good to be true…well you know the rest. I, like many others haven been duped despite all the tell tell signs of a hoax which included the link for users to “save thousands of children and meet me while doing it” redirecting to the purchase page for a Gosling t-shirt. Clever. Very clever.

5. Had a hard week? This heartwarming video is guaranteed to make you smile… 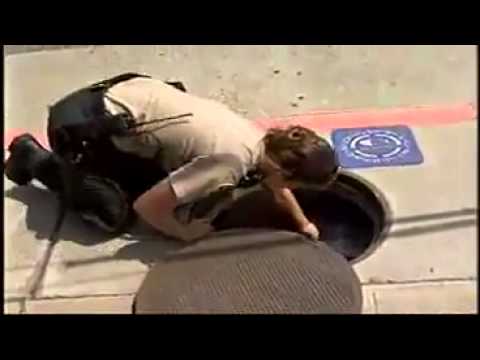