I spent last weekend in London for my 30th birthday and the 1st of this year’s NFL International Series, apart from the amazing skills on show, one the main things that stood out? The marketing.

On Sunday I had the opportunity to see two of the most recognisable teams in the sport, the Miami Dolphins and the Oakland Raiders, go head-to-head at Wembley Stadium. It was a rather one sided affair with The Dolphins trouncing the woeful Raiders 38 – 14.

This was my second year at the event and each year it seems to be getting bigger with more games being played (3 this year), more media buzz and more people attending.

Whilst walking around Regent Street on Saturday for the official fan rally and Wembley on Sunday for the game, I was amazed at the different marketing strategies in place. From giant inflatables, live music, social media buzz, online registration for digital QR codes, discounted goods and free giveaways. They seemed to have all the bases covered and they did it in such an over the top “LOOK AT ME” way. It got me thinking about the differences between us and them.

I like to think that as a Brit, I’m quite laid back, reserved, understated and this (hopefully) comes across when I speak to people about their digital marketing needs. I think we, as a nation, do things very differently to those from the good ol’ U.S. of A. We like our smart, sophisticated advertising that captures the public’s imagination and makes them think. This however is not exactly the case when it comes to America’s marketing tactics.

There is quite a lot of satire when it comes to the differences between the British and Americans. Most of it from observers from both sides of the pond. I’m not stating that American marketing can not be subtle, my view is that it always appears to be BIGGER in one way or another. But then again is that because of the market size?

For me, this is epitomised by the Enterprise Rent-a-Car adverts which sees an American Enterprise employee comes over to the UK to show us how it’s done in the USA. 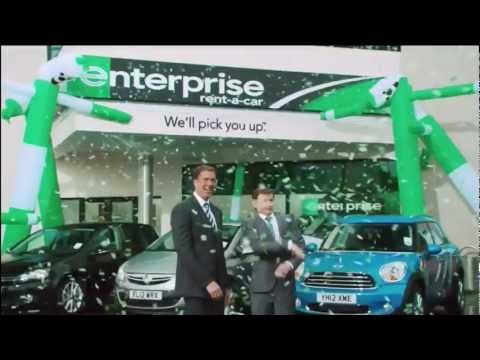 My questions is, “Is bigger better?” Something may be bigger but does it have the same quality? The way I look at things, bigger equals a greater area to be covered and thus dilution occurs. Smaller can mean there is more focus on something. This is the same in online marketing. You may have a huge ad campaign running with an expansive reach but has the focus been placed on the reach or how many people see it and less on content or relevancy? Or do you have a smaller, concentrated campaign which is targeted to the market that matters, with content they are interested in? Meaning the right people see it, click on it and potentially buy your product.

My facebook feed appears to be relentlessly clogged up with ads for things I’ll never need, with little information or interesting content. It’s safe to say that I don’t spend much (read “no”) time looking at these. Occasionally though a savvy company has targeted me effectively with a good ad, good content and something that interests me and I will give them the time of day. More often than not I will spend time looking at other things on their site too just because it interests me.

What do you think? Is bigger better?